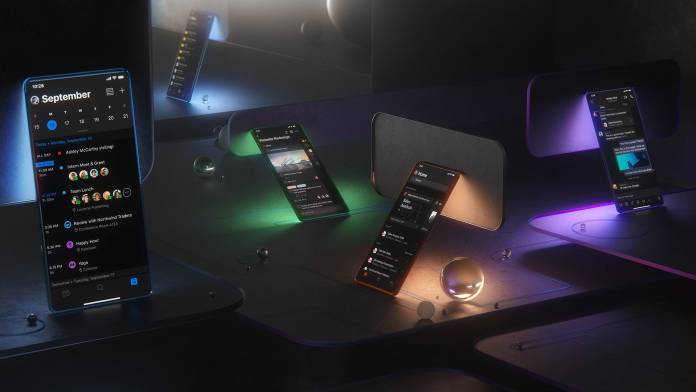 Who else is joining the dark mode party? Microsoft, of course! Way before people were figuring out they wanted an option that is not full of white space, they actually brought a dark theme UI to desktop apps in Office 2010. Now that it’s the favorite feature for users and developers, they’re bringing it to the whole M365 product suite but they’re starting out with Outlook for Android and Office.com. They will then extend the dark mode to the rest of the mobile apps and services they have.

Dark mode or dark themes have become popular the past year or so because people were starting to realize that having too much white space actually hurts our eyes and may also be contributing to the growing number of insomniacs who keep scrolling even when they should be sleeping. There are also places where a dark mode will be less “scandalous” like in darkened airplanes, movie theatres, and in bed at night.

Outlook for Android will now have a switch that you can just toggle to turn on the dark mode. And if you enable your phone’s power saver mode, it will also automatically turn dark. The web version of office.com will also get a dark mode starting today. And if you wait a little longer, it will also come to mobile apps like Word, Excel, PowerPoint, SharePoint, OneDrive, Planner, To-Do and the web versions of OneDrive and Planner.

Looking at that list makes you realize that Microsoft actually has a lot of useful apps now in the market. They also shared the year-long process they undertook to develop the dark mode, which isn’t as simple as some people think it is. They started from the ground up and aligned things to a single palette which really isn’t easy to do. “This included increasing contrast, brand color saturation, and consistency among details like how and when we use shadows when in Dark Mode,” shared Jon Friedman, Microsoft’s head for office design.

Outlook and office.com users will now be able to experience the dark mode with the other aforementioned apps to follow soon. They’re working on the dark mode for mobile apps in time for the release of iOS 13 but did not mention if Android users will also be able to benefit from that.