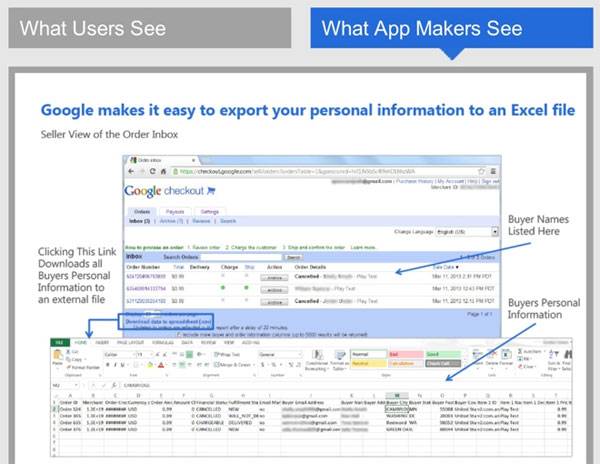 Microsoft has been operating its Scroogled campaign against Google highlighting places where Microsoft believes Google users are being mistreated. Obviously, the main goal of the campaign isn’t to raise public awareness, but to win customers over to Microsoft services such as Windows Phone and Bing search.

One of Microsoft’s latest attacks in the Scroogled campaign came this week with a new video being released detailing how Google shares Android user personal details but app makers. The video shows how personal details of the buyer are transmitted to the app maker every time software is downloaded from the Google Play store.

Microsoft points out that this data sharing takes place even when users purchase health-related applications. Microsoft does admit in the video that most app makers are trustworthy people, but you can’t trust everyone. The fact this information is transmitted with each app you by isn’t noted anywhere by Google according to Microsoft.

If you’re concerned about what data is being shared, you can watch the video yourself here. Obviously, you’ll need a grain of salt considering this is an attack campaign run by Microsoft to make its services look better than Google’s.

Video: Watch how you get Scroogled by the Google app store