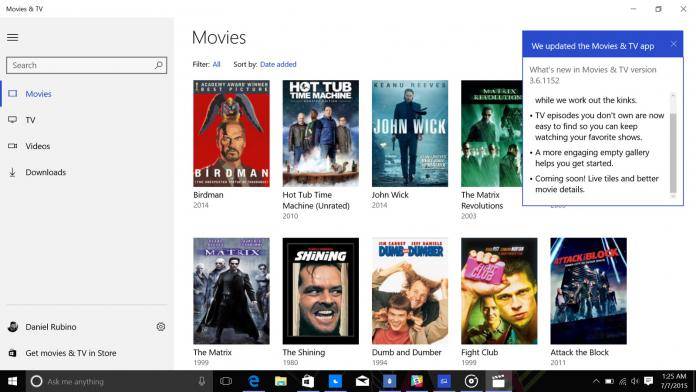 Probably one of the best decisions that Microsoft has ever made is to make its apps available to users in other platforms. We’ve seen some of them like Edge, Microsoft Launcher, One Note, etc, get more users, particularly on the Android platform. One of the apps that’s still only available on Windows-based devices like the Windows 10 PC, Xbox, and Windows 10 Mobile is the Movies & TV app. But sources are now saying that Microsoft is working on getting it to more mobile devices, which is good news for them and for users as well.

If you’re not familiar with the Movies & TV app, it works like what its name sounds like. You are able to watch videos that you’ve purchased through the Microsoft Store. Wait, people still buy digital copies of movies and TV shows? While some people rely mostly on streaming services like Netflix, Hulu, Amazon Prime, etc, there are still pieces of media that are not available for streaming and can only be bought digitally (or even in DVD format?). There are also people who like having actual copies of their videos, so this is still a useful app to have.

Unfortunately for Microsoft users, they still don’t have a mobile companion app for this. If it’s true that they’re about to release an Android app for your smartphone and/or tablet, then those who like to buy movies or shows will have more reason to purchase it from the Microsoft store. While they did kill off their music-streaming service Groove Music last year, it seems they’re committed to Movies & App for now, and if they do get a mobile app, then all the better for the company and Microsoft-loving users.

The other good news is that Microsoft is rumored to be joining the Movies Anywhere program soon. This means that all movies and shows that you purchased on the Microsoft Store can soon be accessed on the program, along with other media that you also bought through iTunes, Google Play, and other supported digital stores. Hopefully, these sources are accurate so that we’ll have even more choices in the market.