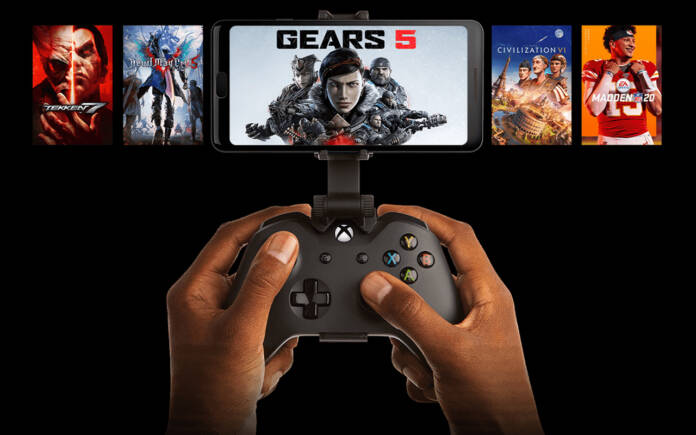 Microsoft’s cloud gaming service “Project xCloud” after being initially previewed in the US, UK, Canada, and South Korea in September 2019 is now going to be available in 11 European countries. Keeping in mind the current lockdown situation, it will be previewed in Belgium, Denmark, Finland, France, Germany, Ireland, Italy, Netherlands, Norway, Spain, and Sweden, in a phased manner. The service will allow gamers to play any title released on Xbox One on their Android smartphone or tablet. Currently, Project xCloud is going to support 50 titles including Tekken 7, Gears 5, Madden 2020, Children of Morta to name a few.

Since most people are exercising social distancing due to COVID-19, there’s a persistent strain on the internet infrastructure. Microsoft is going to roll out the preview in a staggered manner for beta testers. Once the internet bandwidth conditions are more favorable, they are going to add more participants to the service.

Those who happen to be in one of these countries can roll-in for this exciting opportunity right away and hope to test it out. Basic requirement is Android 6.0 or higher device with Bluetooth 4 or higher and the Xbox Game Streaming app. Other than that you’ll need Bluetooth compatible Xbox Wireless Controller, 5 GHz Wi-Fi connection or 10Mbps mobile data connection.

Microsoft has a slight advantage over competition from Google Stadia and NVIDIA GeForce NOW as they have over 50+ games already in their portfolio. Also, they don’t position xCloud as a replacement for console or PC gaming, which gives them flexibility in reaching out to more users. In these tough times, Microsoft believes that cloud gaming can keep people together even though they might not be physically together. They hope that freedom to play console-quality official titles on mobile devices will bring joy and a sense of connection in today’s world.