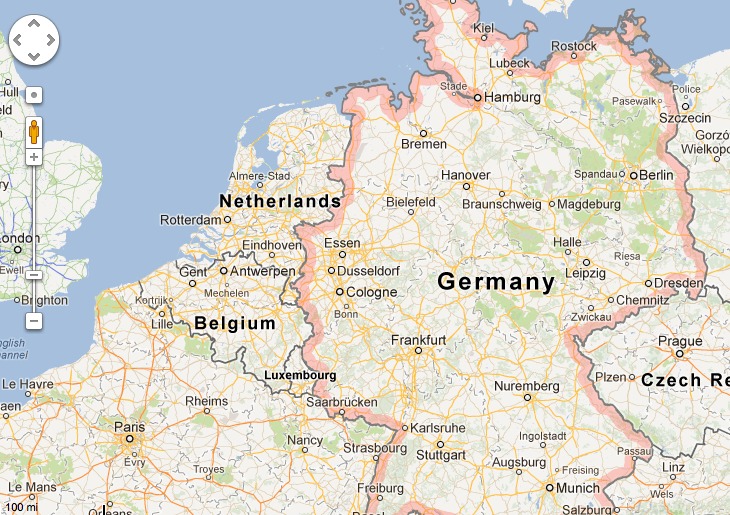 A report has surfaced this evening regarding one of many lawsuits and legal spats that Microsoft is involved in, only this time regarding a patent used by Google Maps. So far the details are still flowing in but this interesting report and lawsuit could wind up having Maps banned in Germany at the hands of Microsoft.

According to in-court reports from the guys over at FOSS Patents, Google and Motorola are on the verge of losing a patent lawsuit that could cause some major issues in that region. Apparently Microsoft holds a patent that is described as a “computer system for identifying local resources and method therefor” and is in direct use by Google.

Reports confirm that after much deliberation Google hasn’t been able to convince the courts otherwise, and the Judge actually ended the most recent proceedings by stating, “He’s inclined to hold Google liable for the infringement” which could see Microsoft win a ban and injunction against Google. This could be bad in more ways than one.

Google would have to cease their Maps in Germany on all platforms. Remove Google Maps from the Google Play Store for that region, disable features that enable Maps to work in their Chrome Browser on the web and mobile, and even cut all services to Germany. Pretty dire situation. Most likely this won’t ever actually happen, and we’ll see some sort of continued lawyer settlement talks or possibly even a licensing fee to be paid by Google.

While no immediate actions will be taking place anytime soon, we’ll continue to monitor the situation and see how it all plays out.