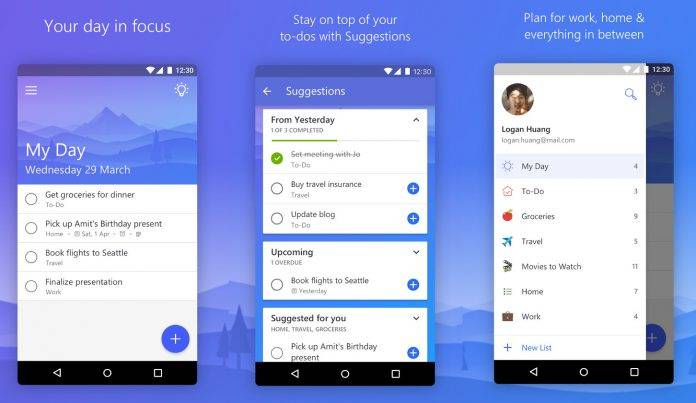 If you use an app fairly often, any update to it whether minor or major is pretty important. If you’re a fan of Microsoft’s growing family of apps, then you probably use To-Do (a to-do list app obviously) and OneDrive (a cloud storage app/service) for your productivity needs. The two have recently received minor updates and even if they are not life-changing, you’d still want to update them through their respective Google Play pages.

One of the great things about the To-Do app is that you can search from within your notes, which is important if you have tons of them already. The update now shows you the to-do title of the particular note in the search results so that you’ll know if it’s that particular note you’re really looking for. When you delete a note while offline, it sometimes still stays but the update now really deletes it. They have also improved on the sign in button as well as the search on the Android tablet version.

Meanwhile, over on OneDrive, its Scan feature has been improved as it can now automatically crop and clean up the images leveraging on another Microsoft app, Office Lens, and its ability to improve the quality of your scans. Viewing photos on your cloud storage app has also become “faster than ever before” or so they claim. Of course that still depends on your connection of course.

You can update your Microsoft To-Do and OneDrive apps through their respective Google Play pages. Hopefully, the next updates will be something big.