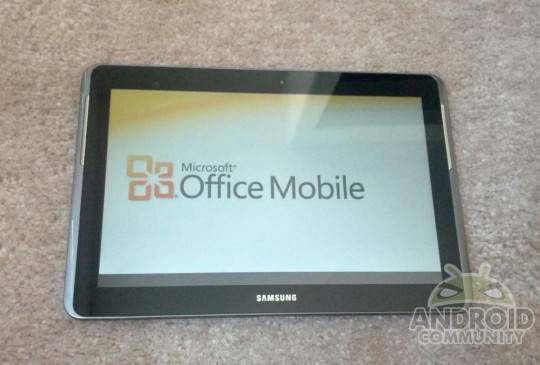 A look back at the topic of Microsoft Office for Android shows a long list of possible launch dates and an equally long list of launch delays. We did at one point see a series of leaked screenshots, however much of the focus seems to be on when the office suite will be arriving. On that note, this latest mention of Microsoft Office for Android talks of another potential release date.

Or more specifically, in this instance, a potential release timeframe. The good part of this news, this release timeframe is so far out that we suspect this will be enough to finally push people away from the hoping and waiting. Well, that is assuming any Android users are still holding out hope of seeing Office arrive. Anyway, that timeline is fall 2014 — as in next year.

As to where these details are coming from, Mary Jo Foley writing for ZD Net has been passed a roadmap. The roadmap details the Gemini wave of Office updates which begins with Windows Blue app updates as part of wave 1.0. Part 1.5 goes into Office for Mac, an Office RT refresh and a Windows Phone support refresh with wave 2.0 being the Office for Android and iOS release. Wave 2.0 also includes Outlook RT.

According to the timeline on those waves, 1.0 is expected in October 2013, 1.5 is expected in April 2014 and 2.0 is noted for October 2014. Bottom line here, while we suspect some Android users have a genuine need for a Microsoft Office suite, given a release may not be coming for more than a year — now seems like as good a time as any to begin using an alternative such as Quickoffice and start getting comfortable because you still have a long wait ahead of you.