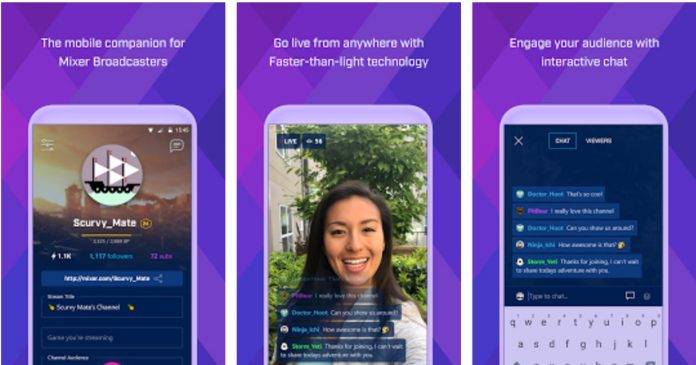 The Mixer Create beta version became available in the Google Play Store recently and those who prefer to do their live streaming on mixer.com on their mobile devices can now do so. Now it has gotten a minor update and this includes the ability to get and accept co-stream invitations and the adaptive bitrate feature as well. The app is still in beta mode though so you might want to lower your expectations and give Microsoft, its developer, feedback as well.

When it comes to live streaming gameplay, you would sometimes want to invite other players to be on the stream with you. If you’re using your mobile device to stream and someone invites you to co-stream, you will now be able to receive these invites and accept them if you like. Another new feature from the update is adaptive bitrate, which means the bitstrate of your stream depends on the quality of your internet connection and network conditions.

Mixer is actually formerly known as Beam, and it’s Microsoft’s entry into the interactive live-streaming platform market. It claims that it’s actually live because there is none of that 10-20 second latency which you will see on other platforms. It harps on the interactivity and playing together aspects, which is why having a mobile app for those gamers who prefer to stream from their smartphone, is pretty important.

If you already have Mixer Create, you can update it already to enjoy these new features. If you don’t have it yet, you can download it for free from the Google Play Store, but again, don’t forget it’s still in the beta stage.