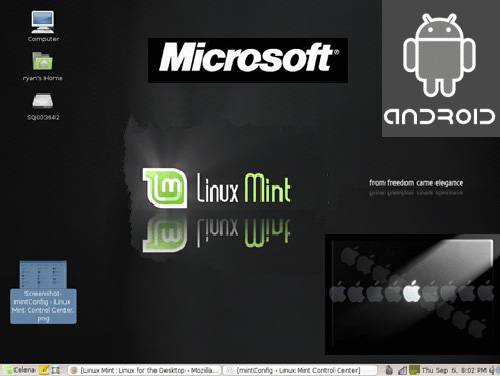 Windows Mobile currently ranks third, just in front of Apple iPhone with Ballmer seeing Google Android as a “blip on the radar”. Having said this, the concern for Microsoft is that the real market momentum with operators and device manufacturers is swinging toward Android, even if “consumer market mojo is with Apple and to a lesser extent BlackBerry.” Competition is moving across two fronts: Firstly selling software independently from hardware and secondly, selling a combination of software, hardware and services bundled together.

Ballmer said on Tuesday during a midyear update that “the dynamics with Linux is changing somewhat. I assume we’ll see Android-based, Linux-based laptops, in addition to phones, and we’ll see Google more and more as a competitor in the desktop operating system business than we ever have before.” Microsoft is not discounting any player in the field at the moment, you always need to keep an eye on the little guy…