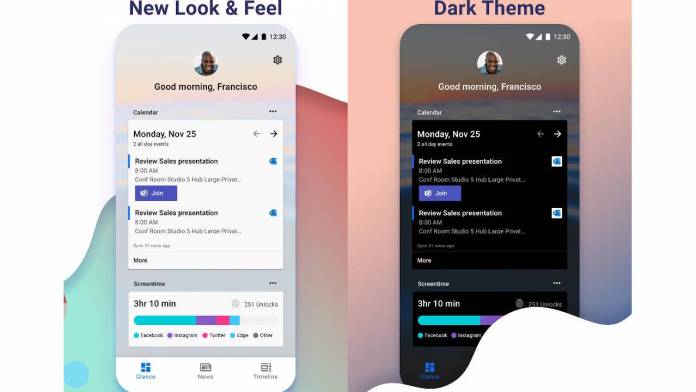 We’ve previously seen version 6 of the Microsoft Launcher roll out for Insiders Preview users but obviously, it was only a matter of time until all users will be able to get it. Well, that day is almost here as Microsoft announced they are starting to roll out one of the biggest updates for the launcher. Users will get a lot of new features like dark mode, landscape mode, customizable app icons, personalized news, Bing-supported wallpapers, and several improvements as well.

If you want to start off your day (or end it for that matter) with all the latest news that you need to know, the updated Microsoft Launcher will be able to bring you that. You’ll now get a personalized news feed update, not just at the beginning or end of it but all throughout the day. And since it’s personalized, this means you can tailor fit it to your areas of interest and hopefully also the sources for your top trending stories.

Microsoft Launcher will also now get support for landscape mode so you can watch videos the way you want them, whether portrait or otherwise. And of course, if you want to reduce eye strain or conserve your battery, you can now use a dark theme for low light environments or whenever you want to. It is compatible with the default dark mode settings of your Android device, which means it is for Android 8.0 Oreo and or higher.

The launcher will also now let you customize your icons by giving you some custom icon packs and adaptive icons. You can also change your wallpaper every day with the Bing-powered feature but you can also choose to use your own photos to use as wallpaper. The update also comes with the usual improved performance as it loads faster, saves up on battery efficiency, uses less of your phone’s memory, etc.

Microsoft warns that some Android 10 navigation gestures may not work for all phones and that the Sticky notes sync may have some errors after upgrading to the latest version. There are also rumors that the update to the Microsoft Launcher is in preparation for the unveiling of the dual-screen Surface Duo.