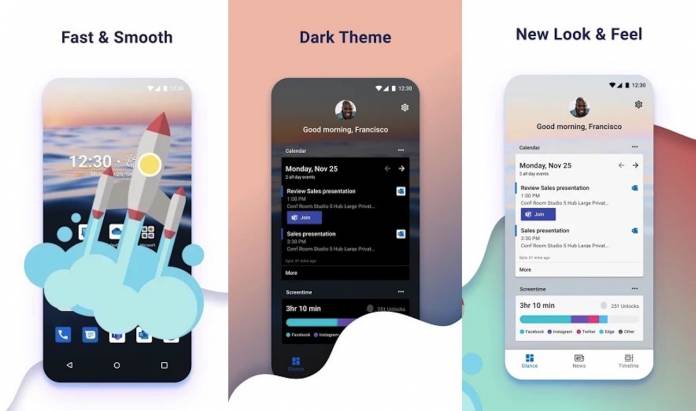 Before Microsoft Launcher, there was the Arrow Launcher. It was in 2017 when the launcher was given a new name. It was released in preview mode for Android alongside the Microsoft Edge. It soon received improvements like an app grid, improved UI, and migration. More customization options followed throughout the years like Cortana, other key features, To-Do integration, Sticky Notes, digital well-being card, screen time cards, better dark mode, and landscape mode. Cortana has since been removed but Microsoft is still determined to improve on the app launcher.

Now on the Google Play Store is an updated Microsoft Launcher. This is the more stable version but with some downside. It no longer offers support for Timeline and even family parental controls. Our source shared the information which may not be good news for those who have been using the said features.

The Microsoft Family Safety app has been released already so that one may be enough. There is no more need for the Family parental control feature. The newer app offers most of the same features like reports about an app activity, locations of the kids on a map, and setting of app limits.

As per the changelog, the updated Microsoft Launcher receives improvement for the Overview mode page arrangement. ‘App Group placement’ and ‘Add app to home screen placement’ features have been optimized as well. The Pagination UI has improved. Already removed are the Family parental controls and Timeline.

The Microsoft Launcher app can be downloaded or updated directly from the Google Play Store. You may see an older version depending on your market but the updated app should be ready anytime soon.