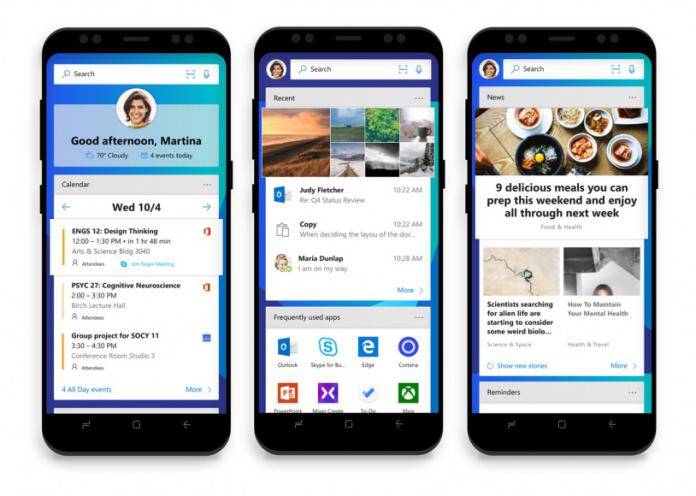 The latest update for the Microsoft Launcher indicates that they are not done trying to bring this former Garage Project into the forefront of launchers, or at least for those who really love Microsoft. There are a lot of new things in Version 5.1, including integration with two other important apps: To-Do and Sticky Notes. There is also now a push for digital well-being, similar to what Google is doing. The trigger phrase “Hey Cortana” is also now enabled as a beta feature for certain markets.

We’ve recently seen a trend for tech brands to help people manage their online and offline times as part of their digital well-being. The launcher now brings you a screen time card where you can see how much time you spend on your screen, what apps you use a lot, and how many times you unlock your phone in a day. This card can be seen at the At-A-Glance section but you can look into the specifics in a discrete widget that you can pin to your homescreen as a reminder.

If you use the Microsoft To-Do app to track your, well, to-do tasks, it is now integrated your Launcher, replacing the previous tool that they had for to-do lists. It will show tasks from your To-Do app, as well as from Outlook and Skype. Your Sticky Notes from Windows, Outlook, Cortana, and OneNote mobile will also now be showing up on the Launcher Notes card, making it easier to access and edit.

The update also brings other new things. You can now enable the “Hey Cortana” trigger to launch the voice digital assistant, but only for the English-US market for now. Cortana is also now available for the Spanish-speaking market in Spain and also now has an updated card with support for commute/traffic and multi-commitments as well. You can also now see quick answers for stocks and currency in the Launcher Search bar.

The Microsoft Launcher update is now rolling out to beta users. It will soon have a stable version for the rest of the non-beta world. You can update the app through the Google Play page.

VIA: Win Central, On MSFT