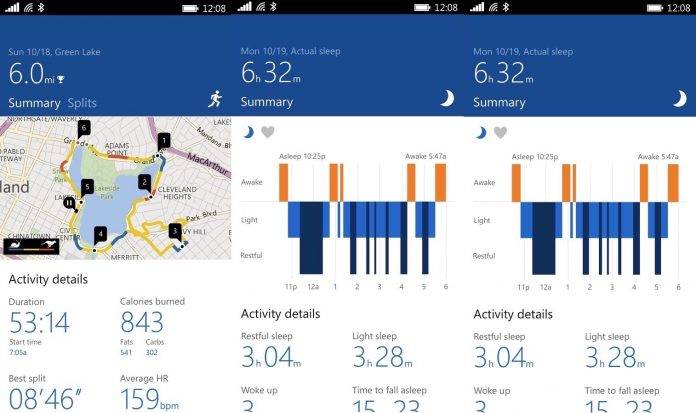 The Microsoft Health app has been around since year 2014. It was released even before the Microsoft Band wearable device was introduced. The two go hand-in-hand together as the app helps store and manage data that are being tracked by the Microsoft Band health tracker.

The Microsoft Health is your go-to app where you can see a dashboard of different information like distance traveled, calories burned, and number of steps or sleeps among others. This app helps a determined user to reach his or her wellness goals. With the app tracking your fitness activities on the Microsoft Band, there’s a big chance that you will try to live a healthier life. Data are shown through graphs and charts too right on the mobile app.

Microsoft Band app also adds Guided Workouts so you can have some “company”. At least even without your gym buddy, you won’t get bored during workout. You can ride a vehicle or run to anywhere as lang as you have your maps on your phone. Data are usually stored in the cloud–Microsoft data centers– which you can access from the app.