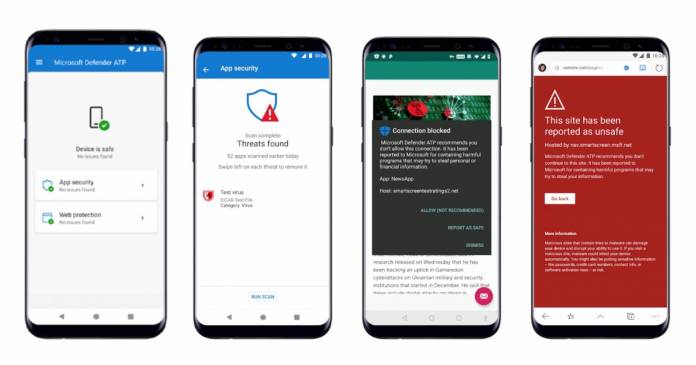 If you’re an enterprise user and your company has several Android smartphones used by employees, having an anti-virus and anti-malware software is pretty important. There are several out there already but if you’re a fan of Microsoft, its Defender software is now available on the Google Play Store, even if it’s still in the preview build. Earlier this year they promised to bring it to both Linux and Android and so now, it’s here to protect your company’s devices but with one tiny (big) caveat.

The first line in the app description already tells you what that caveat is. Microsoft Defender Advanced Threat Protection (ATP) is not a free app. It will only work for businesses and enterprises that already have a valid Microsoft 365 E5 license which starts at $57 per user per month. So, unfortunately, if you’re just an ordinary user looking for a heavy-duty anti-virus or anti-malware app, you better stick to the consumer ones.

But if you’re the target market and you’re a Microsoft Enterprise user anyway, this is worth trying out. It will warn users about malicious and potentially unwanted apps and APKs that may be installed or copied in the devices enrolled in Defender. It will also automatically block malicious pages that a user may accidentally click from an SMS, email, or messaging app. It also has a lot of backend support for system managers especially if the business/enterprise has a lot of people and devices.

Defender also has a built-in web filter but no details are indicated as to how they will be able to do this. One possibility is that they’ll have a custom DNS or VPN server. It can protect the devices of course but it may also cause a bit of a restrictive issue for some of the users. Well, the easier way would be to just use your personal phone for your own browsing and use the company issued or BYOD phone for work things.

Since this is still in Preview mode, things may still not be as smooth as expected. There may also be some changes once it goes out on a stable version. But for now, those who have Enterprise access can download it from the Google Play Store.