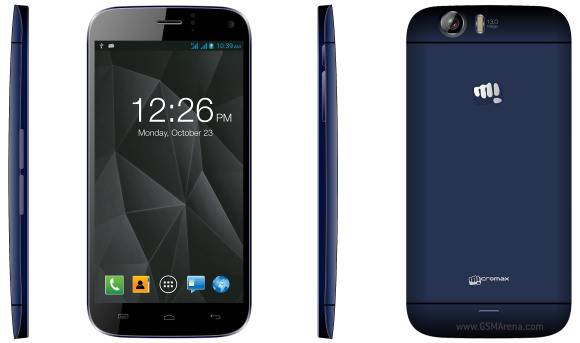 Micromax may not be a popular name in the international market, but back in its home country of India it ranks as the second most popular smartphone brand right next to Samsung. The company has now announced its latest smartphone and has revealed some rather ambitious plans in the days ahead.

The Micromax Canvas Turbo sports hardware that could be considered quite decent, perhaps aside from the 1.5 GHz quad-core MediaTek MT6589T processor, depending on your CPU preferences. It has a PowerVR SGX544 graphics chip which was once the mobile graphics chip of choice. The smartphone offers 2 GB of RAM and 16 GB of internal storage but doesn’t have a microSD slot. A 13 megapixel camera is located at the back, with a 5 megapixel one on the front. It is powered by a 2000 mAh battery, runs Android 4.1.2, and, as common in the region, touts dual-SIM support. Available in Pristine White and Midnight Blue colors, the Micromax Canvas Turbo will go on sale in India on Saturday for 19,990 rupees, or roughly $325. 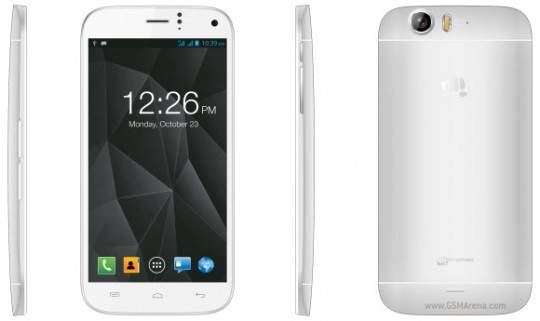 In the meantime, the company has just declared its extensions to expand its market share towards Europe. Micromax has already established its presence outside of India, in Bangladesh and Sri Lanka, but is starting to look towards the West now. Co-founder Rahul Sharma expressed his desire for the world to see Micromax not just as an Indian company but as an Indian hardware brand. The company will be launching in Russia by December and plans to expand to the rest of Europe should that venture prove to be successful.

But conquering Russia and Eastern Europe is quite a different task from battling it out in other European countries, where giants such as Samsung and Apple already have a strong foothold. The company will also need to expand its operations and scope if it wants to go head to head with other mobile industry players. For one, it will need to build up its own app ecosystem, which Micromax is reportedly already planning to do by acquiring a software company soon.

VIA: GSMArena, Tech In Asia