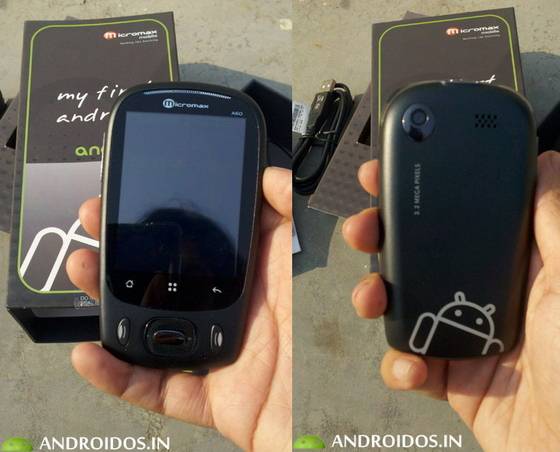 When it comes to cheap Android-based devices, there’s a few to choose from. But, when you start looking at the mid-$100 price range, you have to start wondering if the money is really worth spending, even if it isn’t a lot. When it comes to the Micromax Andro 60, which will be the cheapest Android-based handset to launch in India when it does in the near future, potential owners will have to wonder if having a resistive touchscreen is worth the low cost.

While the higher-end Android devices, as well as plenty of the cheap variations out there, feature a capacitive touchscreen display, the Andro 60 replaces that with a resistive version. You’ll also find the Swype alternate keyboard pre-loaded onto the device. Other features include a 3.5mm audio jack, integrated GPS, a 3.2MP camera on the back with autofocus, and a 600MHz processor under the hood.