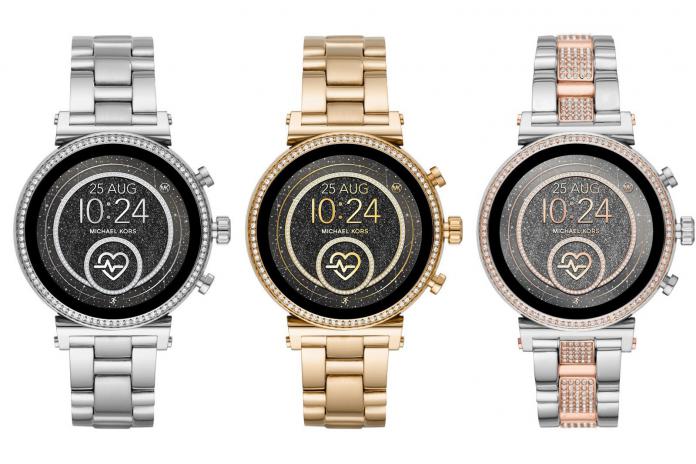 While the first version of their Sofie smartwatch looked pretty and eye-catching enough, the Michael Kors device had a lot of missing features to make it a “contender”. The good news is that version 2.0 of the line now has some of the features needed, like GPS, NFC, and a heart rate monitor. The bad news is that like the other newer smartwatches coming out recently, it still has the older Snapdragon chipset so if that matters to you, then you should wait for a later version or just another smartwatch.

The Sofie 2.0 still looks posh and on brand for Michael Kors devices but underneath, it’s a mixed story. As mentioned earlier, it is running on Snapdragon Wear 2100 instead of the newer 3100 processor. But the good news is that they have added several features to make it more useful rather than just decorative. It has a heart rate monitor that can work with other fitness apps like Google Fit to help you track your fitness activities.

You also now have NFC functionality so you can use Google Pay to make payments without having to bring your wallet or even your smartphone. It also now has GPS monitoring so you can leave your phone in your bag when you go for a run or ride. It also has the latest version of the rebranded Wear OS.

The Sofie 2.0 also now has two new buttons on the side of the watch so you can quickly open apps like Google Pay with just a tap or click of the button. It will also come in several color options, specifically silver, gold, pink, and pink/silver hybrid shades. They have not yet released pricing but the previous version starts at $350. The smartwatches will come out this summer.