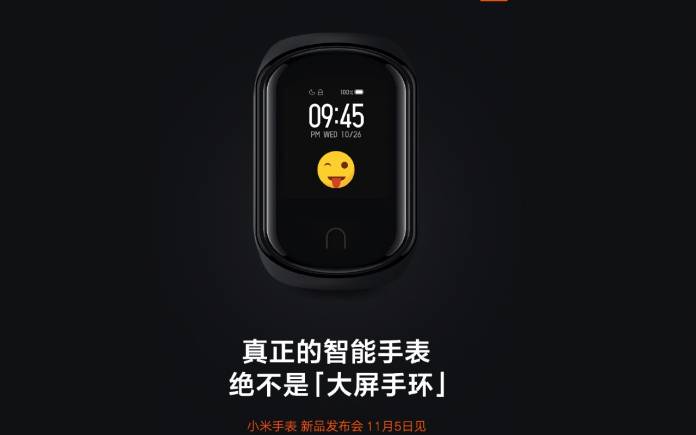 Aside from smartphones and other lifestyle products, Xiaomi is known for the Mi Band series. The health and fitness tracker might get a cousin in the form of the Mi Watch. The Xiaomi smartwatch was recently spotted on Weibo. A teaser was shared online, showing us what could be the dial of the smartwatch. We see a rectangular shaped watch with rounded corners, reminding us of an old Pebble watch model and an Apple Watch. It’s not square because of the elongated screen but it can very well join the ranks of the square-faced smartwatches.

The teaser doesn’t say much about the Mi Watch but we can expect it to arrive soon. There is an October 26 (10/26) reference on the watch screen but it’s over. A source is saying it will be revealed on November 5 which is Tuesday next week. 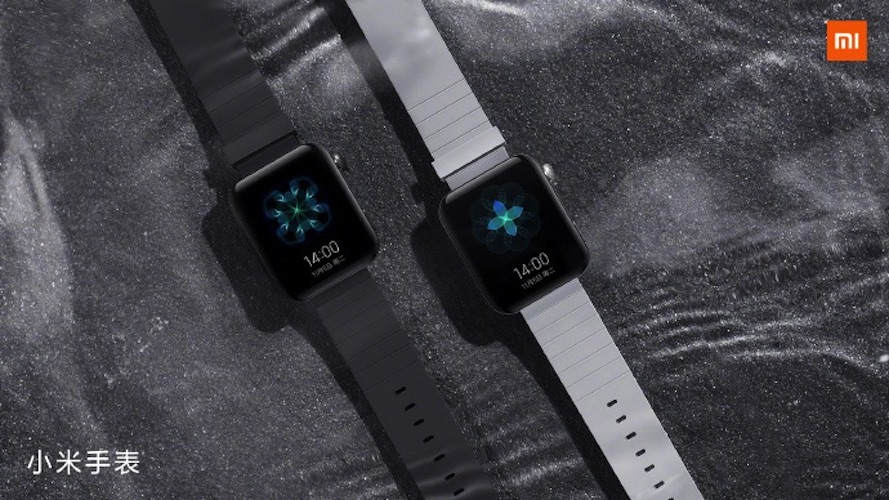 Xiaomi’s Mi Watch definitely looks more like a smartwatch than just a fitness tracker. It may run on Wear OS with a look similar to the Apple Watch. If this runs on Wear OS, then maybe, Xiaomi may also be considering the Snapdragon Wear 3300 that is also in the works. As we mentioned earlier, the new Snapdragon chipset will be more optimized for wearables like the upcoming Mi Watch.

The Xiaomi Mi Watch powered by Wear OS will offer more features and functions. We’re expecting the usual fitness tracking and health sensors. There appears to be rotating crown on the right side.

November 5 is happening in one week. Let’s wait and see for related rumors and confirmation before the official launch.