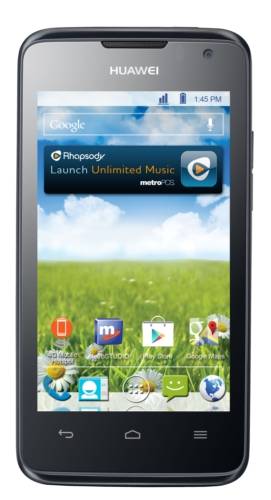 The MetroPCS and T-Mobile merger received the final approval yesterday. Following that news, we now have the MetroPCS Q1 2013 earnings report. In addition to the expected financials, this report also touches a bit on the merger. In the report there is mention of how they plan to have the merger completed by April 30, 2013. Of course, Deutsche Telekom had said that much yesterday.

Further details include how, due to the pending merger completion, MetroPCS will not be hosting a first quarter 2013 earnings call. Putting that aside for a moment, the earnings report shows MetroPCS as having quarterly consolidated total revenues of approximately $1.3 billion. This was up 1 percent as compared to the first quarter of 2012.

Other details show a net income of $19 million for the quarter, which includes $3 million in expenses. There was also mention of the average revenue per user being $40.96, which looking at the year-over-year comparison was an increase of $0.40. MetroPCS also revealed details of a decreased churn rate (down 20 basis points as compared to Q1 2012) and how they have surpassed 3.5 million 4G LTE subscribers.

Sticking on the topic of 4G LTE, MetroPCS has said those 3.5 million subscribers now represent 39 percent of their total subscribers. Also, as one would suspect, the carrier saw a large increase in 4G LTE subscribers in recent months. Based on details provided, MetroPCS LTE subscribers increased by 1.2 million from December 31, 2012.