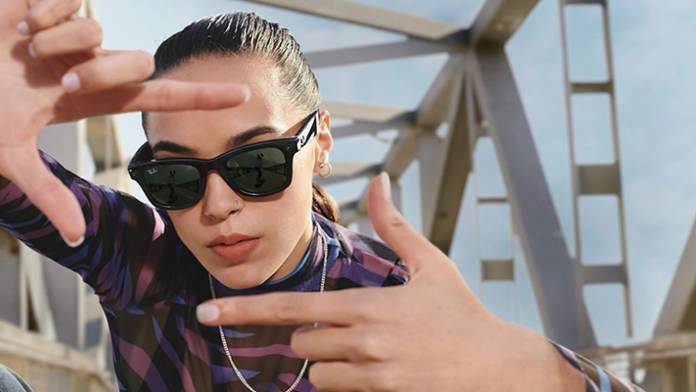 It may not have taken the world by storm but there are fans of the Ray-Ban Stories Wayfarer wearables who may be fans of both Ray-Ban and Facebook. It may even enjoy a surge this holiday season, especially now that the latest software update brings more voice-focused features. The smart glasses will now be able to read out messages sent through Messenger. You will also now be able to use voice commands to control your media playback by using the “Hey Facebook” trigger phrase.

Once you’ve updated the software of your Ray-Ban Stories, you can use the built-in assistant to send texts and make voice calls over Messenger without having to take your phone out. It can also read out the messages that someone sends to you if you don’t have time to actually read them out on your device. If you’re a constant user of Facebook and its Messenger app, then this will be pretty useful for you, even though it lacks the lens display that other smart spectacles have.

Another new feature that you can use is to control the media playback through voice commands. You can say something like, “Hey Facebook, next” if you want to skip to the next song in the playlist you’re listening to. You can also use the trigger phrase to do other things like pause and resume the song or podcast that you’re listening to or to adjust the audio volume to the level that is comfortable for you. You can even ask it for the battery life status of your device.

The Ray-Ban Stories doesn’t have any Facebook branding so it’s something you can casually wear. While it doesn’t have lens display as previously mentioned, it comes with a 5MP camera so you can take photos and 30-second video clips. You can take the photos and videos by either tapping the physical button on the right frame or by using the “Hey Facebook” trigger phrase. It has a built-in storage so you can save up to 500 photos there.

The Facebook View app update is now rolling out but in phases. You’ll need to install the latest firmware on the Ray-Ban Stories before you can download the app update. They said they will be adding more functionalities in 2022.