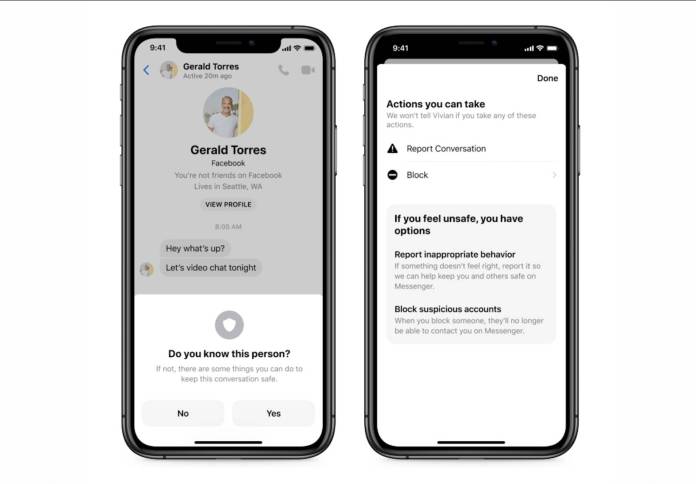 Meta announced last month that they were postponing the implementation of end-to-end encryption on Facebook Messenger and Instagram. This is due to pressure from some parties about how E2EE will be used by criminals, particularly those involved in causing children online and offline harm. So now they are sharing what measures they are taking and have already taken to ensure that users are protected even without encryption and while they’re still figuring out how to implement it well when they finally roll out E2EE.

Meta assures users that even when they roll out encryption, they will still be taking steps to ensure that abuse doesn’t occur on the platforms. They will use artificial intelligence to detect those accounts that are engaged in “malicious patterns of behavior” even without having access to your messages. They will be looking at the non-encrypted parts of the messages like account information, photos, and other signals that point to suspicious activity and abuse.

For accounts of minors, they have recently announced increased protections and that includes defaulting them to private or “friends only” on both Facebook and Instagram. They are educating young people that are using the platforms how to avoid unwanted interactions. The in-app safety notifications include tips on how to block, report, or restrict someone that they think is suspicious. Even with end-to-end encryption, these safety notice banners will still appear.

Recently, Meta also introduced Hidden Words on Instagram so that users, specifically creators, can determine what words, phrases, and emojis they consider offensive and will be filtered and moved into a Hidden Folder. Reporting features have also been improved and it’s now easier to report content that violates child exploitation policies as there’s now an option that indicates “involves a child”. Users have also received notifications that sharing certain images may be harmful, even if it is shared in “outrage”.

It would be interesting to see how Meta will eventually deal with the criticism and concerns over having encryption over their messaging platforms. They say they want to get it right hence the delay in implementing it, although they’re planning to roll out something by 2023.