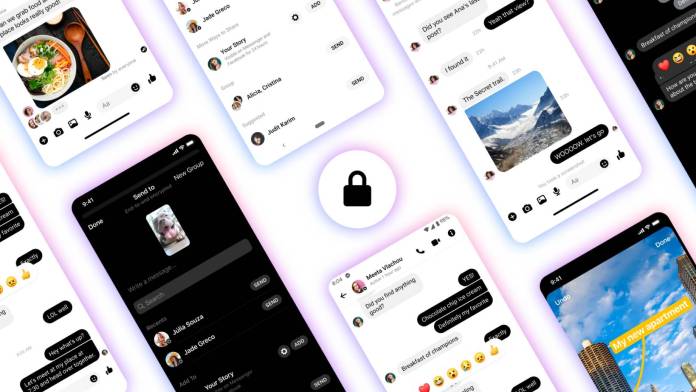 End-to-end encryption for messaging apps is both something that’s a much-requested feature and also something that’s controversial for a lot of sectors. Meta has already pushed back their plans to bring default encryption to Facebook Messenger sometime in 2023, but now they’re bringing a sort-of upgraded encryption experience to group chats and calls on the platform. Encrypted chats will also now get other features like GIFs, stickers, reactions, threaded replies, typing indicators, message forwards, verified badges, and other things.

Meta has been testing encryption for group chats on Messenger and now it’s available for everyone. It also includes voice and video calls if privacy and security is something that you and your friends want to have on the platform. As for default end-to-end encryption for one-on-one conversations, there’s still no update as to when that will happen so we’re still looking at 2023 probably while they’re still probably looking into pleasing all stakeholders and users.

They’re also bringing a notification for when someone takes a screenshot of your conversations on encrypted chats. This was previously available only in disappearing messages settings in Messenger but now it’s rolling out in the next few weeks to all encrypted chats. These kinds of chats will also now be able to use GIFs and stickers and users can also react to other messages by long-tapping and choosing their reaction from the emojis.

Users of encrypted chats will also now be able to reply to specific messages in the thread by long pressing or swiping on the message to reply. Typing indicators will also now be included in these chats and messages can also be forwarded, although, with the latter, that may seem to defeat the purpose of encryption. Other features on regular messenger chats will also be added to encrypted chats like verified badges, save media options, and video edits.

All these features will be available for both web and mobile. Meta says they are rolling it out already but some users may not have it yet but will eventually get it in the next few days.