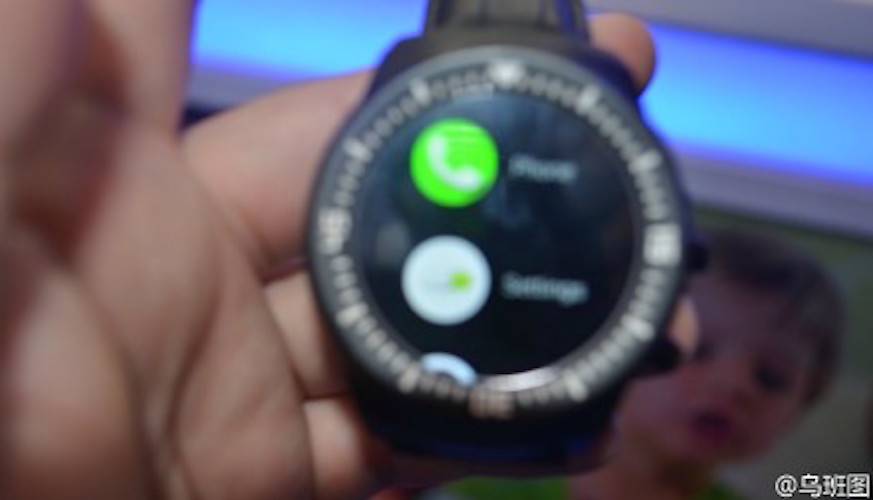 Meizu may soon join the smartwatch bandwagon if we are to believed the images being shared on Weibo. But you know how it is in China, most of the gadgets shared on the microblogging website, often turn out to be true. The Chinese phone manufacturer knows that there is a market for such wearable device so it’s ideal to take advantage while it’s early.

We’re considering this as a leak and an unconfirmed rumor but we’re hearing more information including a possible launch later this month. The Meizu logo at the back of the watch is very clear. It doesn’t look fake and it seems the mystery smartwatch was shown off in an event or in a retail store.

The Meizu smartwatch doesn’t look exactly stylish and classy unlike the ELE Watch recently spotted at another Chinese online store but it’s round and looks very rugged and sporty. It looks like something you could place beside an LG Watch Urbane 2nd Edition or a Moto 360 Sport.

The smartwatch doesn’t appear to run Android Wear but some basic smartwatch functions are there like custom watch faces, health and fitness tracking, low radiation, high quality voice, and a high reliable baseband based on one image leaked. It may not have Android Wear but there’s a possibility that Meizu partnered with Samsung to use the Tizen OS. Again, it’s just another speculation. Meizu could be using a different wearable platform or it could be developing its own. I guess we’ll just have to wait and see. Meizu is also rumored to launch something on October 21 so this smartwatch could be part of the lineup.