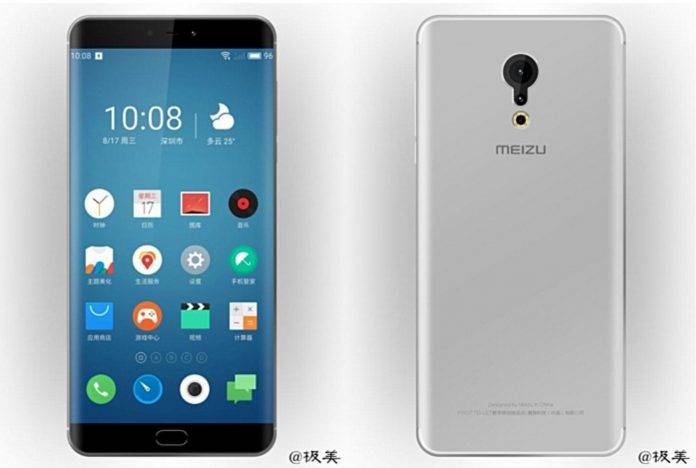 September 3 is the expected official launch of a new Meizu device, although it is not clear if there is just one or which one will be announced in a few weeks’ time. But today, renders of the supposed Meizu Pro 7 have also been leaked, and so it looks like this will be the major announcement, if all the leaks and rumors we’ve seen so far are correct. Unless, Meizu decides to release both this and the other rumored flagship device at the same time.

Either way the supposed renders of the Meizu Pro 7 seems consistent with the previous leak which came out in May. It shows both the front and back of the device and it looks like it will have a dual curved screen and also dual camera setup, which should make mobile photographers pretty happy. It also looks like it has the same loop design for antennas and the LED flash ring like the previous version, the Pro 6. Other than that, we really can’t tell much about the device from these renders.

There was an earlier leak that a flagship device will be released soon and that it will be powered by Samsung’s Exynos 8890, but it may be a little far-fetched, especially since MediaTek has invested in Meizu. So we may be seeing two different devices, or the same device with two variants.

The leaked teaser for the September 3 event strongly hints at the Pro 7 since the tag line is “Pro than Pro” (okay, that may not be a hint anymore) and “true flagship fingertips,” which may be connected to something with the interface or with a fingerprint scanner. Let’s wait and see what to expect from the Chinese OEM.