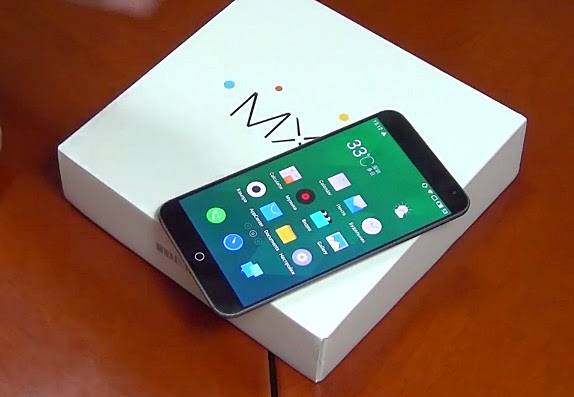 In a list for top performing smartphones for 2014, which would you expect to top the list? We’re pretty sure very few of you expected that the Meizu MX4 would do so, or that it even existed. Yes, the Chinese smartphone was on top of a list published by Antutu for the 10 best performing devices for the 3rd quarter of the year. This signals the rise of smartphone manufacturers from China, a trend that has seen Xiaomi, Oppo, and the aforementioned Meizu make their mark in the industry. The list also welcomes back an OEM that has not made an appearance for quite some time.

The list from Antutu isn’t based on sales or shipments, but rather on actual performance of the smartphones from users from 160 countries from the months of July-September this year. The Chinese smartphone topped the list with an average score of 48,792, which was pretty close with 2nd placer, the Samsung Galaxy Note 4. Another Samsung product, the Galaxy Alpha was a close third, while newcomer OnePlus One, which has been banking on its exclusivity marketing, was 4th. Moto X, HTC One M8, Oppo Find7, Sony Xperia Z3, Huawei Mate7 and Xiaomi MI4 round out the Top 10. 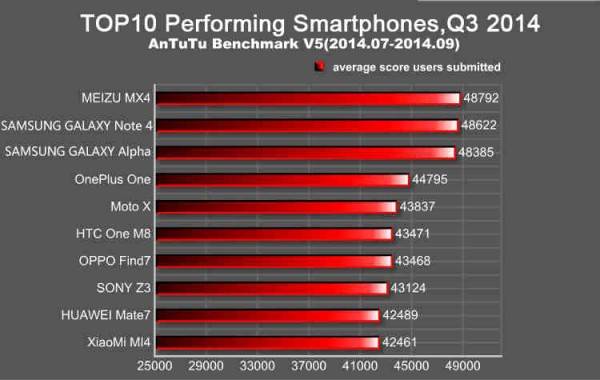 Based on this list, Antutu believes that the MTK processor, which powers the “black horse” (we think they mean dark horse right?) Meizu MX4, is becoming quite a popular brand and we’ll probably see more Chinese brands spouting it soon. The Qualcomm chips however still dominated the market, with most of those in the Top 10 adopting these chipsets. A “newcomer” to the list after having been absent for some years now is Motorola, which is making splashes once again with its Moto X flagship.

While Chinese brands are still slowly making their way to international markets, you cannot ignore that even if their names aren’t as highly touted as a Samsung or a Sony, they are definitely doing their darndest to capture the mid-level and emerging markets. They still have to overcome the reputation of Chinese-manufactured products as non-high quality ones (which is now often a fallacy), but gadget-wise, they might be slowly getting there.