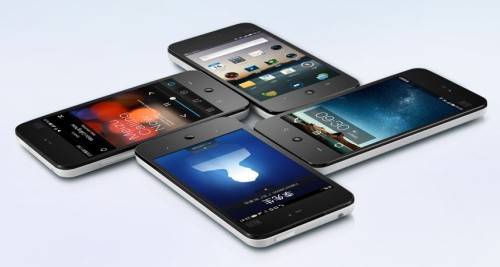 We’ve heard plenty about the new Meizu MX smartphone lately and now its been officially confirmed that the quad-core version will be hitting the streets at some point come May 2012. We first heard of this phone back in August with rumors of a Q3 2011 launch but that ended up being way off. Today Meizu CEO J. Wong confirmed they’ll be releasing the second, quad-core version come this May.

Meizu originally claimed to have the worlds first quad-core Android smartphone but it we wont be seeing it until May I have a feeling Samsung and or HTC will be beating them to the party. According to the latest reports from Meizu and their CEO the dual-core MX should be available starting January 1st but with that quickly approaching we are a little worried. The Original MX that is coming soon sports the Samsung Exynos dual-core chip found inside the Galaxy S II lineup and features 1GB of RAM and 16GB of internal storage.

We aren’t sure if the quad-core MX will be running the Samsung Exynos 4412 quad-core chip but most likely that is what we can expect. If that is the case they wont be the worlds first as Samsung will certainly launch their own devices first. Meizu is still widely unknown but they do make some pretty solid hardware if anyone remembers the M9. Either way with talks of Android 4.0 Ice Cream Sandwich, there Meizu UI, and a quad-core processor this phone could be a sleeper come mid 2012 so stay tuned.