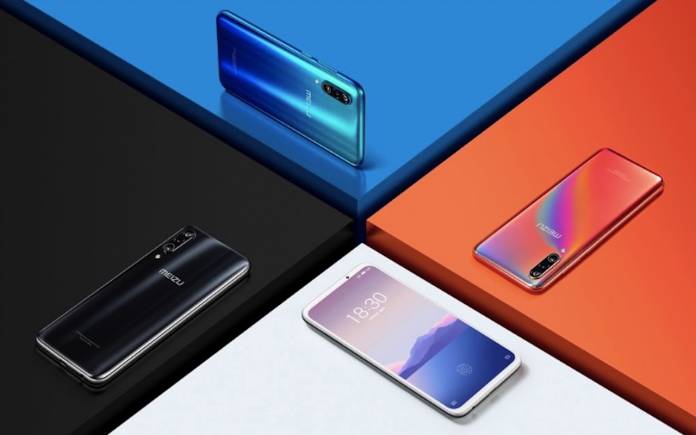 The Meizu 16s was released in China last month with a 20MP selfie shooter and high specs. Now it’s getting another sibling in the form of the Meizu 16Xs. It’s considered as a junior flagship phone because of its affordability but with already an impressive set of features. It will roll out officially in China beginning June 10. The phone will also be out in India and some countries in Europe the following month. The phone boasts flagship features like a 4000mAh battery and high-specced cameras.

Meizu 16Xs comes with a 6.2-inch AMOLED infinity display with 90.29% screen-to-body ratio, 6GB of RAM, 64GB or 128GB onboard storage, Super mTouch optimized fingerprint scanner, and Qualcomm Snapdragon 675. The large battery also comes with mCharge fast charge technology so there is no reason why your phone will go low batt.

When it comes to mobile photography, take advantage of the triple rear AI cameras. The system consists of a 48MP primary camera with an ultra-wide lens, 8MP with f/2.2, and 5MP with f/1.9 and depth sensor. The selfie shooter is 16 megapixels.

Meizu takes pride in the 16Xs’ AMOLED display with its Retina Color accuracy, 103% NTSC, and VDE Blue-Light protection. It’s something that is “safe” for the eyes because it filters out 33% of the harmful blue light, therefore, less strain and less eye fatigue.

The Chinese OEM is also known for its ‘Meizu Design’. Meizu defines symmetry. Sometimes, keeping it simple is what really works and Meizu lives by this. The company also makes use of a unique G3 curvature R-angle design language evident in its phones.