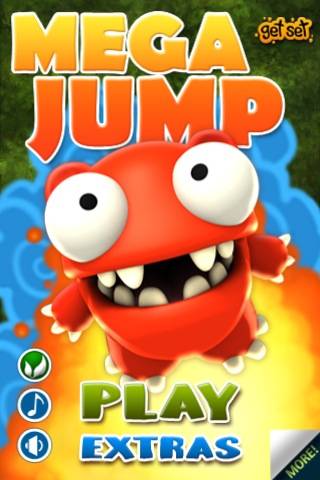 A few months back we heard Get Set Games confirm that they were expecting to release their popular iOS Mega Jump game on Android before year’s end. Holding to the promise, they have now officially announced that it’s nearing completion and should be ready within the next few weeks.

The game is very popular on iOS with over 7.5 million downloads. For those who are not familiar with the game, the goal is to get your character as high as possible, collecting coins that keep you moving upwards throughout the level. You are faced with enemies which will have to be dodged and power-ups that will help you in different ways. Plus the game will be OpenFeint enabled, so you will have the opportunity to earn achievements and awards.

This marks yet another popular iOS title coming to the Android Platform, and we can definitely expect more in the future. No word on pricing, but it’s expected to be free in the Android Market and available for handsets running 2.0 or higher in the coming weeks.