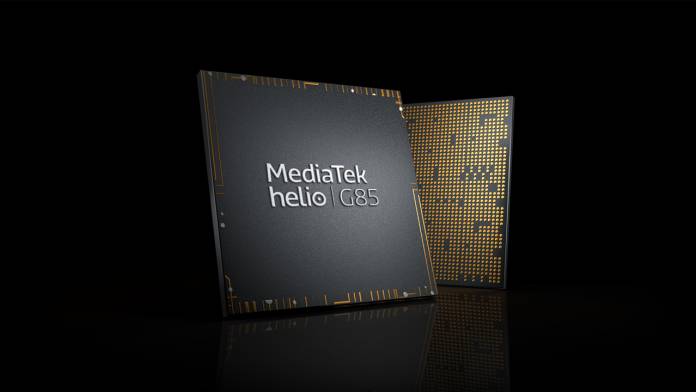 Taiwanese chipmaker MediaTek has added G85, a mid-range SoC to the gaming-oriented Helio G series chipsets. The processor launched with the Redmi Note 9 last month but at that time MediaTek didn’t give much details about the chipset. However, now they have finally opened up about the details of Helio G85, which is an upgraded version of Helio G80 chipset. Essentially the chipset delivers smooth gaming experience within a budget of $200 when buying a smartphone.

Helio G85 has two Cortex-A75 cores running at 2.0GHz and six Cortex-A55 units at 1.8GHz frequency arranged in a big.LITTLE setup. It is an improvement on the G80 chipset having the Mali-G52 GPU clocked at 950MHz, which is now clocked at 1GHz. Other than that it retains features like VoW (voice on wakeup) and enhanced HyperEngine Game technology. 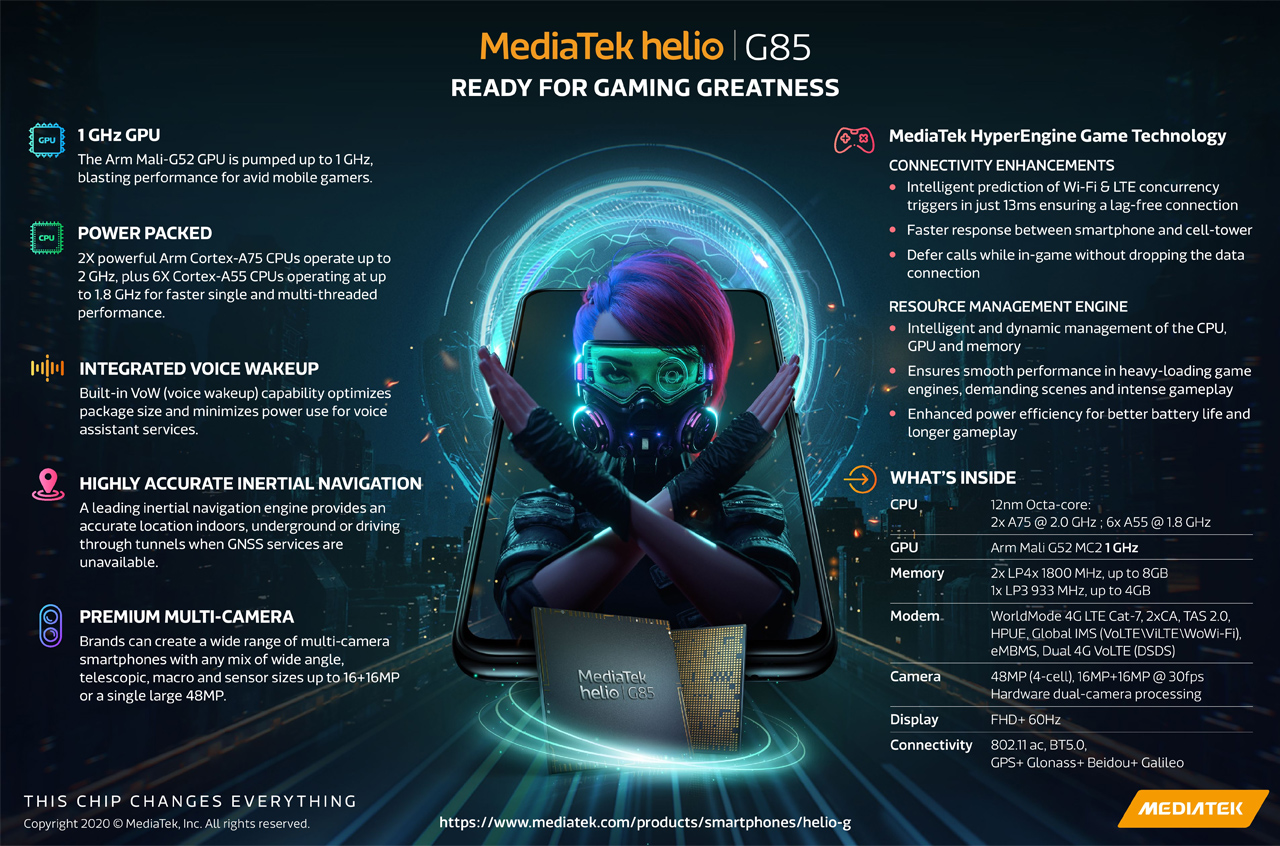 Apart from the solid gaming performance G85 also supports performance boost for AI camera tasks like object recognition in Google Lens, bokeh shot enhancement, and scene detection. The processor also makes it possible to support a multi-range camera setup mix of wide-angle, telescopic or macro along with the primary lens of up to 48MP. It also has a hardware depth engine for dual-camera bokeh and ultra-fast recording of up to 240fps.

Other than gaming and camera performance, the chipset also has an intelligent prediction of Wi-Fi and LTE concurrency. It can make the toggle between networks within 13ms for a lag-free experience. Also, it’ll address an issue which even high-end flagships can’t get around, the faster response between cell towers and phone and call deferring while in-game without dropping the data connection.