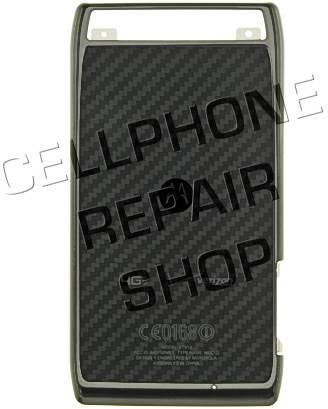 The Motorola DROID RAZR MAXX is one of our favorite Android devices released this year. One of the only problems we had with it was that it was released so early this year… just a few weeks after those who had bought the DROID RAZR on day one were ineligible for a return. While the MAXX is an admittedly awesome long-haul machine, Moto and Verizon didn’t win any fans with the timing. Now there appears to be an admittedly expensive cure for that particular flavor of buyer’s remorse, in the form of an aftermarket kit that can transform a standard DROID RAZR into a DROID RAZR MAXX, massive 3300mAh battery and all.

The kit comes from the folks at Cellphone Repair Shop, who’ve bundled all the OEM parts you need to do the aftermarket upgrade yourself. The parts include the larger battery, an expanded backplate that stretched the phone out to a still-slim 8.9mm thick, a frame piece with the SIM and MicroSD card door, and a couple of pieces of pre-cut tape. There’s nothing in there that will help you open your original RAZR or disassemble it, but Cellphone Repair Shop will sell you a pry tool and some Torx screwdrivers if you need them.

This little operation is made possible because the DRODI RAZR and DROID RAZR MAXX are in so many ways identical. The software that runs on them seems to be exactly the same code – aside from some extra dimensional capacity, they’re exactly the same phone (which may be part of what got DROID RAZR owners so irate). In fact this process has been performed before by a talented amateur. Those who want the kit can place a pre-order now, but be warned: while all the parts are from genuine Motorola bins, doing this process yourself will void your warranty in a heartbeat. At present, it isn’t clear if the kit is compatible with the international Motorola RAZR model.