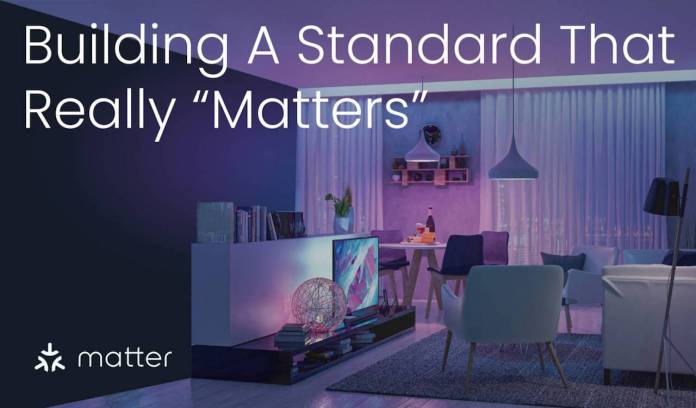 Streaming media seems to be more common these days but it’s not really considered universal yet. There are several related services like Google Cast and Apple AirPlay but they’re not the only ones available. What the consumers need is something that is more standard and universal. Maybe Matter will be that smart home standard as its developers have been promising a number of great things. It may not be the final and official name yet but we’ll call it Matter for now.

The idea of Matter is to make things more efficient for many people. The goal is seamless interoperability. That means smart home devices from Google, Amazon, Samsung, and Apple will be able to connect to each other without any problems.

It may be something similar to Bluetooth connectivity when OEMs and service-providers already follow standards. The connected home isn’t really well-connected yet especially among different brands but we’ll get there someday.

Matter could be another important way to control content and devices at home. As more products and services are getting smarter, it’s only right a standard is set that will be understood by more platforms, developers, device makers.

Matter has potential that it could possibly replace or take over already known casting systems like Google Cast or Apple AirPlay. Amazon simple wants to define the specifications for Matter without a proprietary way.

Matter won’t be just about voice control or casting. The idea is for more people to have a consistent way to launch apps on different screens. It should all about be standardization—just one protocol for all device communication. It doesn’t matter who made the product.