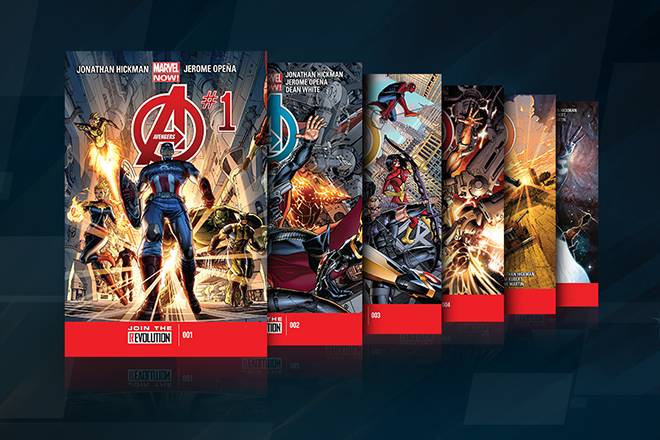 How much would you pay to have unlimited access to over 15,000 digital comics for a month? The folks over at Marvel, in preparation for the massive San Diego Comic Con happening next week, have decided that all it should cost you is just $0.99. Yes, that’s not a typo, that really is just a very special offer for the first month of new subscribers to Marvel Unlimited, their massive digital library.

For a whole month, you will be able to access all the comics available in their library. So that means over 15,000 comics, from classics like the Golden and Silver Age comics, to titles that were just released six months ago. Of course, just like the other digital subscription services, you’re not actually getting a digital copy of the comics, but you are paying to view them. But don’t worry, you get to have offline viewing as well, up to 12 comics at a time.

Although most of the comics in the library are just digital versions of the print edition, Marvel Unlimited is also now offering experimental content for the digital format. The Infinite Comics series for example, was designed to be read on bigger screens, not just your mobile devices. There are also behind-the-scenes content for several comics, including The Avengers. Captain America: Winter Soldier, which inspired the recent film, has adaptive audio for the six-issue series, which means as you swipe through the panels, you’ll hear sounds, just as you would in a video game. As you go through the comics, the background music and sound effects change as well.

A Marvel Unlimited subscription costs around $9.99 per month or $69 a year, so this $0.99 a month initial offer is something comic book fans shouldn’t miss. If you can, just hibernate for a month just to read as many comics as you can. Or this month can even convince you that the regular monthly fee is actually worth it.