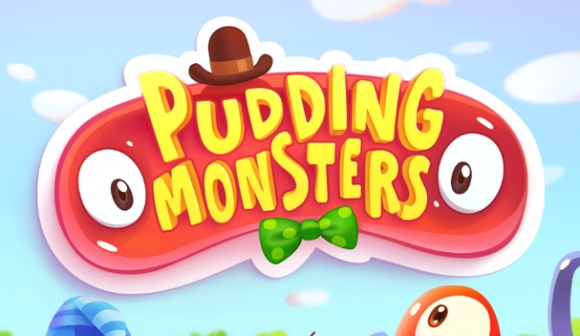 Cut the Rope is easily one of the best causal games on mobile devices. It’s right up there with Angry Birds, the kings of the casual mobile gaming scene. Since its release, Cut the Rope has racked up a staggering 250 million downloads across mobile platforms. ZeptoLab, the creators of the ultra-popular game, have finally announced its next game called Pudding Monsters. It will hit the market on December 20.

The goal of the game is to get pieces of pudding to stick together. Pudding Monsters is more of a puzzle game than a physics-based game like Cut the Rope. With this in mind, it actually looks like it could be considered a more casual game than Cut the Rope, because it lacks some of the more difficult elements of timing that game required. Players move the pieces of pudding around with the goal of having the pieces stick to another object or else they fall of the board and end the game.

In spite of hitting the market over two years ago, Cut the Rope still has around 50 million monthly active player. Obviously, ZeptoLab is hoping to recreate some of that magic with the release of its next game, but only time will tell if they are able to recreate that success. If they can follow in the footsteps of Rovio, this game is sure to be a smash success.