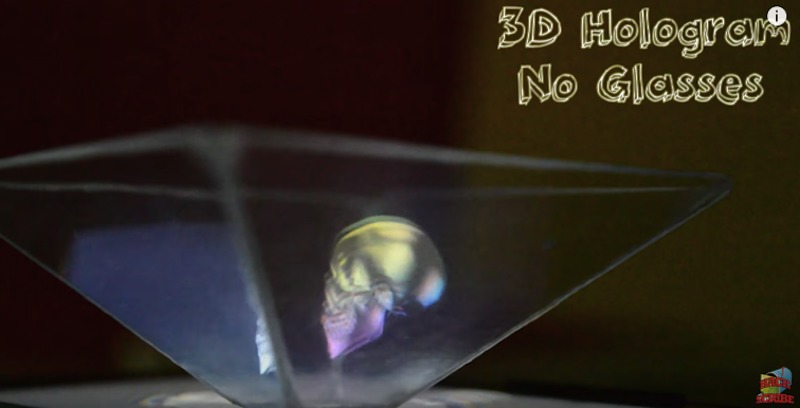 The future of 3D hologram display is not impossible. We don’t doubt that our Star Wars hologram fantasies will soon be a reality. It’s just a matter of time before the world sees and accepts such technology as a standard. The closest tech we’ve seen so far is the Holus project that is currently on Kickstarter. We’re still waiting for this crowdfunded project to be delivered to backers.

We knew that someone would go on and build his own version while the Holus projector is still being developed. And one genius of a hacker managed to make his own 3D hologram projector and gladly shared instructions on how to make one. We’re expecting this won’t be the last of its kind to be made and released in the market.

This can be a fun DIY project to do over the weekend instead of just playing the latest games you see on Google Play Store.

• Cut the plastic CD case by using a special cutter. (I suggest you use a very sharp X-ACTO knife.)

• Be careful not to make scratches…

• Smooth the edges with sandpaper…

• Make a pyramid form before gluing the pieces with electrical tape…

• Use a super glue around the edges and on each corner of the pyramid. Dry for about 5 minutes.

Watch the instructional video below: