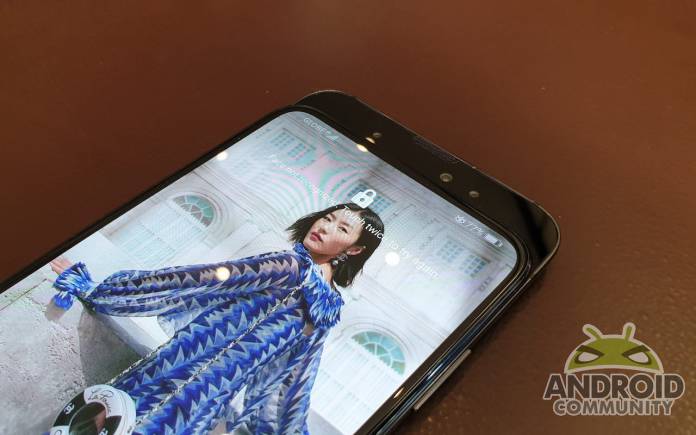 Huawei’s Honor sub-brand may not be making any major announcement about some updates and upgrades but the Magic 2 and Honor View 20 smartphones are getting the Magic UI 2.1. This improvement brings in a number of important changes and new features including GPU Turbo 3.0, AI video editing, AI One-Click Wake-u, and AR measurement among others. This will also add a mobile phone key to both devices. The updates will be implemented before the end of the month so watch out for a related notification or message.

The Honor team provided information that the Magic UI 2.1 will include GPU Turbo 3.0 and more over on Weibo. The Chinese Twitter published the Magic UI 2.1 poster that contained some details.

Instead of EMUI, the Honor phones will now run on Magic UI 2.0. A new version will be available soon and will bring the same GPU Turbo 3.0 which is also found on the Huawei P30 phones.

Magic UI 2.1 on the Honor View 20 and Honor Magic 2 will allow games a higher frame rate. Lower power consumption by 10% can also be expected. This also means more games are supported from the initial six to 25 titles.

Magic UI 2.1 offers an AI wake-up function support so, with one touch of a button, you can activate the AI assistant. Dual-SIM Dual Switching will also be added. This allows your device to switch the default SIM automatically to the other SIM. This becomes helpful especially when the other signal is weak.

AR measure will be available on the Magic UI 2.1. It will be possible with the ToF camera on the View 20 and Magic 2 phones. For the avid mobile videographers or content creators, you can also take advantage of the AI video-editing function. 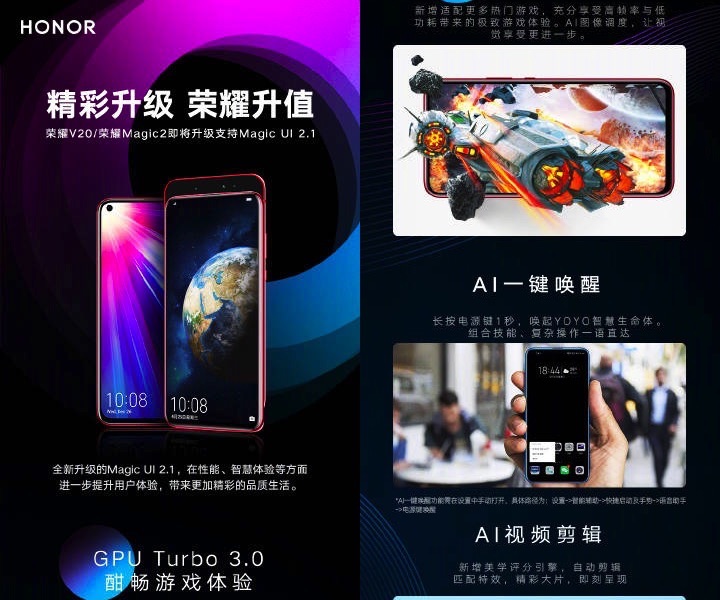 The techie health and fitness enthusiasts may like the fact you can connect your phone to a treadmill to track calories burned, speed, duration, and distance. It’s just one of the many health-related advantages the Magic UI 2.1 upgrade will bring.