Most people we know no longer need a physical calendar. Who needs one when you can look at your computer screen, smartphone, or smartwatch to check the date? There are those who depend their lives on what’s written on their calendars for schedules and appointments so the digital versions are preferred. But for the very few who want something up on their walls, there’s this Magic Calendar that uses e-paper.

The smart calendar should have been invented before. Perhaps the idea has been sitting around for some time but it’s only now that we’re seeing one going public. The Magic Calendar is a project on Google’s Android Experiments. A Japanese designer named Kosho Tsuboi introduced the idea that allows the e-paper calendar to be synced with a smartphone. The Magic Calendar can display your schedule saved on the phone on a bigger view at home. 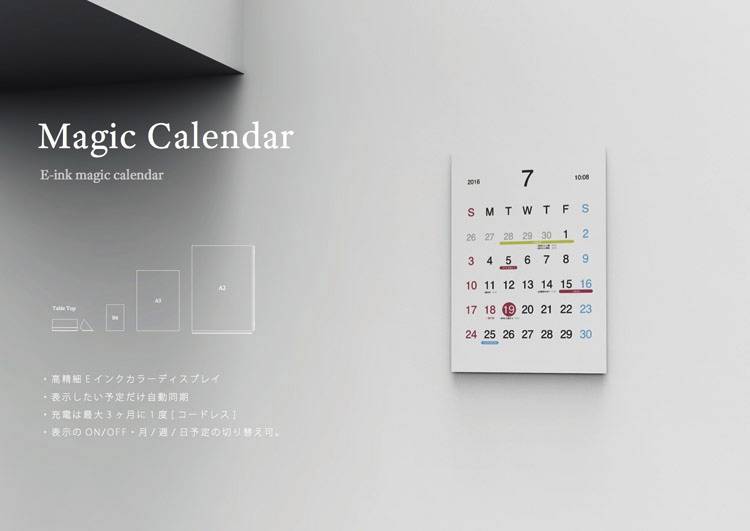 The Magic Calendar takes advantage of Google Calendar and a custom app. It’s really smart although we’re not fully convinced that we need this one at home. We just know there will be geeks who’d love to have this in their offices not that they need it but because it is electronic.

There’s no mention if and when it will be sold but we’re guessing it will only be ready in Japan.