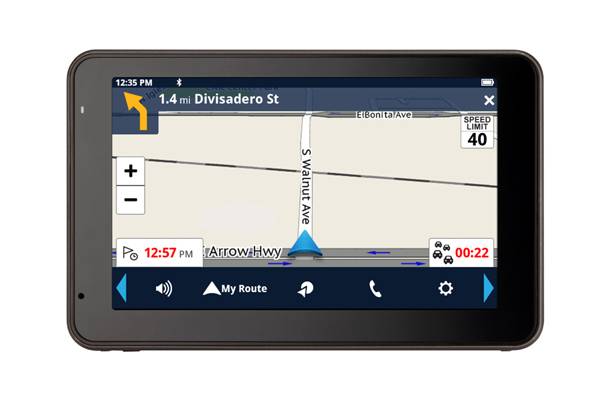 Seeing the growing popularity of navigation services and apps available on any smartphone or tablet, Magellan has decided to jump aboard, so to speak. At CES 2014, the navigation device maker has announced its newest RoadMate personal navigation device (PND), the 5430T-LM.

What makes the 5430T-LM noteworthy is that this particular navigation device runs Android instead of Magellan’s own custom platform. This practically makes the PND an Android tablet fully dedicated to navigation purposes. It has also allowed the company to leverage the Android platform’s superior handling of navigation data as the foundation of its own custom features. It is unknown how much of the Android OS will be exposed or if users will be able to access the thousands of Android apps available in various app markets.

The 5430T-LM has a 5-inch capacitive EasyTouch touchscreen, making it sensitive even to soft finger touches. Despite switching to an Android base, users will still have access to popular Magellan GPS features such as landmark guidance, PhantomALERT, junction view, and even free lifetime traffic alerts and map updates.

While these features, particularly capacitive touchscreens, were formerly only found in its premium device line, Magellan is now making it available for a much lower price tier. The Magellan RoadMate 5430T-LM will have a suggested retail price of $179.99 and will be available from Magellan’s online store and retailers in the US and Canada around the first quarter of 2014.