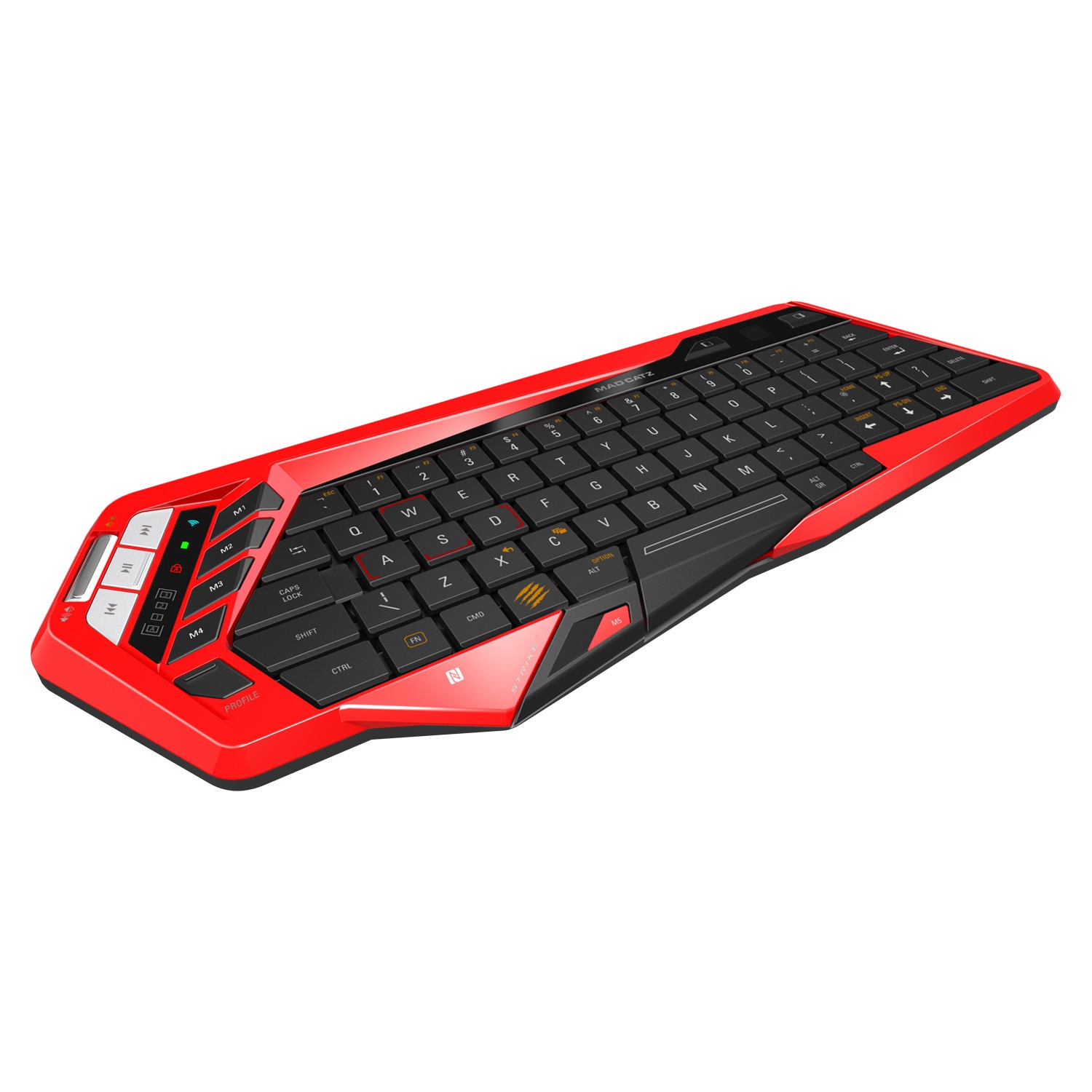 With certain gaming consoles like the Shield from NVIDIA, the lines we’ve come to know that separate mobile gaming from PC gaming start to blur. The M.O.J.O. from Mad Catz could follow suit, and perhaps that’s why they’ve released the S.T.R.I.K.E. keyboard.

With the S.T.R.I.K.E., Mad Catz is satisfying a very small niche of Android gamers, and may be preparing for something more. Some games — most notbly RPGs — are just better with a keyboard. A mobile device is sometimes adequate, but if the PC game will be used via an Android console, a keyboard is ideal.

The S.T.R.I.K.E. pairs via NFC or Bluetooth, and can be used with more devices than just the upcoming M.O.J.O. Mad Catz wasn’t specific on just what kind of support they’d provide to other devices, nor were they clear on pricing. Availability is also up in the air, with the vague “Holidays 2013” given as a release timeframe.

The S.T.R.I.K.E. has a rechargeable Lithium Ion battery, and what Mad Catz calls an Optical Finger Navigation (OFN) sensor. It has dedicated media buttons, is backlit, and can support macro commands. The keyboard is available in black, white, or red.