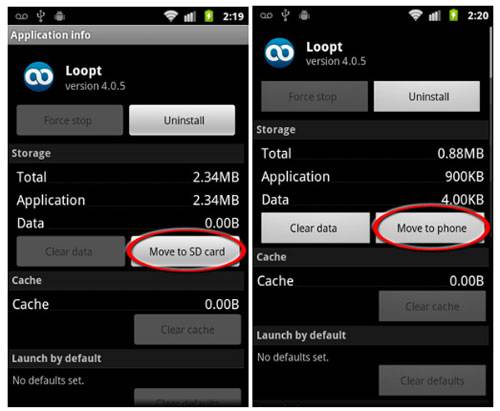 Last month I mentioned that Loopt for Android had hit version 4.0 and got some new features along with the version update. We are only a few weeks out from that last update and Loopt is getting another new feature.

That ability will be most welcome to users of Android devices that have internal memory packed with other stuff. The new feature also lets the user move the app between internal device storage and the SD card when the app is running. The new feature is accessed in the Settings – Applications – Manage applications area and all the user needs to do is hit Move to SD card.