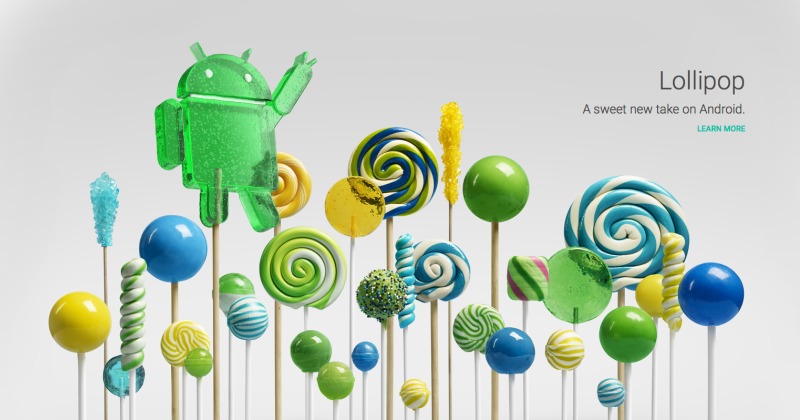 There’s a saying that goes “when it rains, it pours”, but this is one rain that mobile users are unlikely to complain about. After some delays and silence on the rollout of Android 5.0, we’re now seeing a flood of incoming updates to some smartphones. Sadly, not all models and not all regions are covered by this joyful news. Hopefully, though, it’s just the opening salvo that opens the floodgates of Android 5.0 updates everywhere.

Let’s start with Europe. HTC’s Jeff Gordon took to Twitter to tease their European HTC One (M7) owners that an update is heading their way. This was later confirmed by @Rage06 who shared a screenshot of the update rolling in. Be aware, it takes 804.78 MB of space to get Lollipop on your device, but that might very well be worth it. 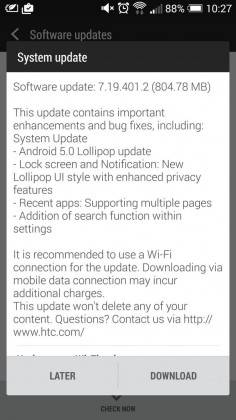 Hopping across the pond, we take a few stops at Canada. There, LG announced that the LG G3 is also getting its just dessert. Aside from the Android 5.0 update, LG also took the chance to advertise its smartwatches, which works nicely with Lollipop’s new smart unlock feature. Still in Canada, but from a less direct source, the first gen Moto G is also getting the update, at least those from carriers Virgin, TELUS, Koodo, Videotron, WIND, and unlocked versions. The 2nd gen Moto X from WIND, on the other hand, is getting an update to Android 5.0.1.

Going down, we reach the US, where AT&T has just made available Lollipop for the 2nd generation Moto X, jumping directly to Android 5.0.2. The carrier shares a long list of the changes and new features in Android Lolliop, a lot of which we probably know by heart. This includes Material Design, the new Priority Interruptions mode, a new Recent Apps view, as well as multi-user support. The update also pulls in refreshed and rebranded Motorola apps like Moto Display and Moto Assistant.

Happy Lollipop Day for those lucky enough to get their hands on the update and hang tight for those still waiting for the good things to come.