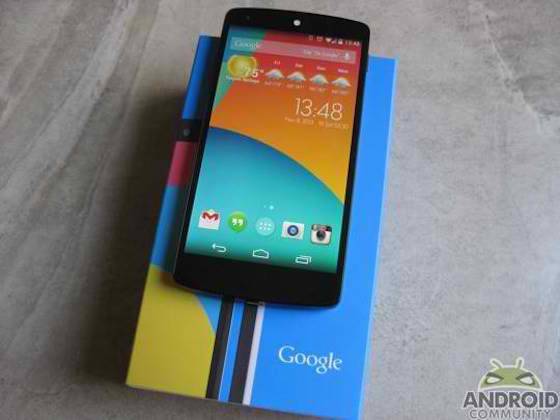 Most people who have the latest Android phones are scrambling to receive Lollipop updates on their mobile devices. Unfortunately, they don’t come easily and quickly on every phone in the market. Carriers and phone manufacturers still have to test the platform released by Google before finally bringing them to device owners. Receiving that anticipated Over-The-Air(OTA) notification can be exciting for those eager to get a taste of Lollipop.

But in the case of Nexus 5 and Nexus 7 owners, not everyone is happy with the result. Some Nexus 7 and Nexus 5 units are reportedly being locked up or bricked without any reason. We don’t know exactly how many units have been affected but there are several complaints in Google Product Forums. No mention exactly which particular Android update is this but we’re assuming it’s Lollipop since OS updates were recently released for the two models.

One report involves a Nexus 7 turning off while in use. After that, it was stuck at the boot screen and made the tablet useless. We’re guessing this is just a bug and some tweaking on the code will fix it. However, this seems like a major bug because a newly updated device should be working well and would not just shut down especially after undergoing several tests. Nexus 5 and Nexus 7 being bricked seems to be common these days with #nexus7bricked now trending on Twitter.

Both Google and ASUS have not responded to the issue yet but we’re expecting a statement as explanation and a new software update.

Bharat Bhushan - November 29, 2021
DJI is a renowned name in aerial videography and action sports but their app is not up to the mark as it last got...