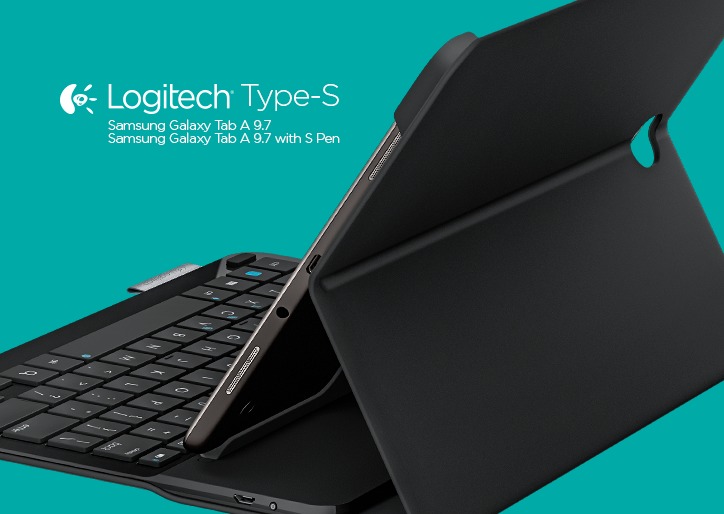 If you’re excited to finally use your brand new Samsung Galaxy Tab A 9.7 (if it has already reached your doorstep, that is), then you’ll even be happier now that you can turn it into an actual workstation. Logitech has announced they are releasing the Logitech Type-S, an all-in-one keyboard case that will turn your tablet into a laptop and can also serve as protection for your brand new tablet.

Unlike some Bluetooth keyboards that still feel a bit separate from the tablet that is connected to it, the award-winning tablet keyboard of Logitech claims that it will make you feel like you’re typing on an actual laptop keyboard with its well-spaced keys and even a dedicated Android shortcuts row. And even though it does protect both the front and back of your tablet, it isn’t bulky at all, and is even thinner and lighter than the usual tablet cases. It has a rechargeable 6-month battery, plus the smart power management system helps keep battery life longer due to its automatic on/off feature.

The Galaxy Tab A has two versions: the regular 9.7-inch model and another one that comes with an S-Pen. It has a 4:3 aspect ration and a XGA PLS TFT display with a 1024 x 768 pixel resolution. Because of its Adaptive Display technology and a multi-tasking capacity, you really can work on it like you would in a regular laptop, especially if you pair it with the Logitech Type-S case. It even comes pre-installed with the Microsoft Office for Android, so if you are a Microsoft-dependent worker, then it solves one of your problems already. 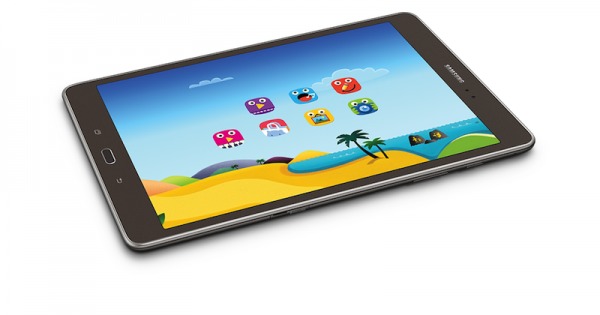 The Logitech Type-S case will be available in both black and violet colors. There are no pricing and availability details yet, although the site says expect it in select countries by July.