Since its introduction, Google TV has been a topic of speculation. Many do not know if it’s quite ready for the public because it doesn’t bring enough to the table. We have even heard that Google TV would miss CES 2011 altogether, but it seems this is not the case.

Ashish Arora has confirmed that there is nothing wrong the the Logitech Revue, and that they have plans to show off Google TV at CES in January. We also learn that Google and Logitech still have a working relationship going on. They’re both at work to improve the Google TV platform as a whole and to further update the Revue.

“Those familiar with our product know that we don’t need to modify the Logitech Revue box to deliver software enhancements. Each of our customers will receive periodic over-the-air updates whenever Google and Logitech release changes to the Google TV platform. Logitech Revue boxes purchased at launch in October, as a holiday gift in December or to follow basketball in the spring, will all be the same and will all benefit from the same software updates,” writes Arora.

At the end of the post, Arora states that once the holiday break is over, the Logitech Revue team will be ready to head to Las Vegas for CES 2011. 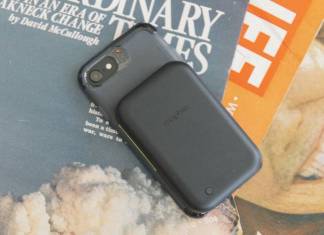 Ida Torres - October 28, 2020
If you’re tired of having to lug around a portable battery and wires to make sure your phone is always juiced when you’re outside,...