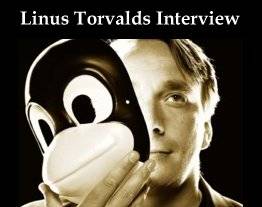 That’s right folks, the inventor of Linux, Linus Torvalds is now a proud owner the Nexus One. He also has a G1 but only uses it for playing Galaga and Solitaire on long flights

It’s only right that the inventor of Linux, which is the basis of Android, owns one of these devices. Although, he is clearly not a fan of any smart phone, he says they are just a distraction and doesn’t like them one bit. But he was pleasantly surprised when he finally decided to break down and buy a Nexus One after the OTA that brought multi touch to the device. Here is a quick expert of his take on the device:

“But I have to admit, the Nexus One is a winner. I wasn’t enthusiastic about buying a phone on the internet sight unseen, but the day it was reported that it finally had the pinch-to-zoom thing enabled, I decided to take the plunge. I’ve wanted to have a GPS unit for my car anyway, and I thought that google navigation might finally make a phone useful.”

If this phone is good enough for him it’s definitely a hit and if you like Cyanogen’s ROM just imagine what he could crank out if he wanted too.