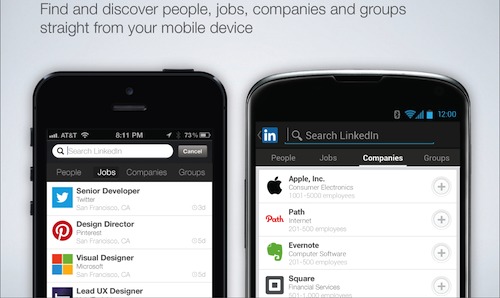 LinkedIn has just unveiled an update to its mobile app that will make the lives of job seekers much easier now. The professional networking service announced that it will now allow its members to apply for jobs and edit their profiles directly from the comforts of their mobile device.

LinnkedIn reports that over 30 percent of their members view jobs on mobile devices, so they developed their mobile app to cater to that audience. They also recently pushed an update to allow users to search for jobs, companies, and people from the app. Although the feature proved popular for job hunters and working professionals alike, the most requested feature was still the ability to apply for a job using the app.

Those wishes have been heard and finally answered. LinkedIn’s mobile app now adds a feature to let users apply for a job and update their profile straight from their device. Users simply have to hit the “Apply” button from a job posting. They are then allowed to update their profile as well as their e-mail address and phone number before finally submitting their application. Users don’t have to fiddle with editing and managing their resume using the app. Some jobs might require applying on a company’s website rather than through LinkedIn, in which case users will be redirected to the appropriate location.

LinkedIn says that the new feature has started to roll out globally for Android and iOS devices, but specifically mentions that the update is for English speaking members. The announcement makes no mention of availability in other supported languages.