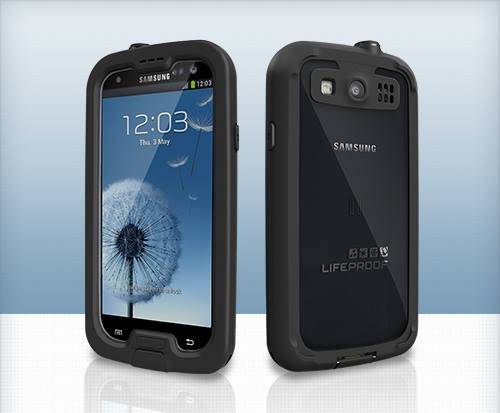 LifeProof is a name that Android users may not know all that well. The company makes cases that are well, lifeproof. The cases are touted as being waterproof, dirt proof, snow proof and shock proof. The problem for Android users is that up until this point they had been available for iOS devices including the iPhone and iPad. Well, that is going to soon be changing.

LifeProof has announced a case for an Android device. Specifically, for the Samsung Galaxy S III. At this point we would have hoped to see something introduced for a slightly more current device, say the Galaxy S 4, but given there are still quite a few Galaxy S III users around — we certainly aren’t going to complain. Anyway, the case is called the LifeProof nüüd and it will keep your handset protected against water, accidental drops, sweat, dirt and the “other hazards of daily living.”

Basically, the LifeProof nüüd will keep your handset fully protected. The interesting part here comes in with the design, which goes back to the name. This LifeProof case will be able to provide full protection against the elements without having the display actually covered. LifeProof touts this as being the ultimate touch-screen experience. If nothing else, it should make it a bit easier to use without having the display covered.

This will work by sealing the inside of the case around the display. LifeProof called it a patent-pending Screenless Technology that uses a compression lock system that forms a waterproof seal between the case and the device touchscreen. More to the point, this is a first of its kind and is still able to provide an IP68 rating for submerging.

That rating means your handset is capable of going up to 6.6 feet (2m) deep for up to one hour. This nüüd case will also allow for drops from as high as 6.6 feet (2m) and is said to exceed the military specifications against shock, drops and vibration protection. With that, LifeProof has said the case will sell for $89.99, however they have yet to offer a specific release date. Instead what they have said is the LifeProof nüüd case will be available for the iPhone 5 on July 7th and the Galaxy S III model will follow soon after.