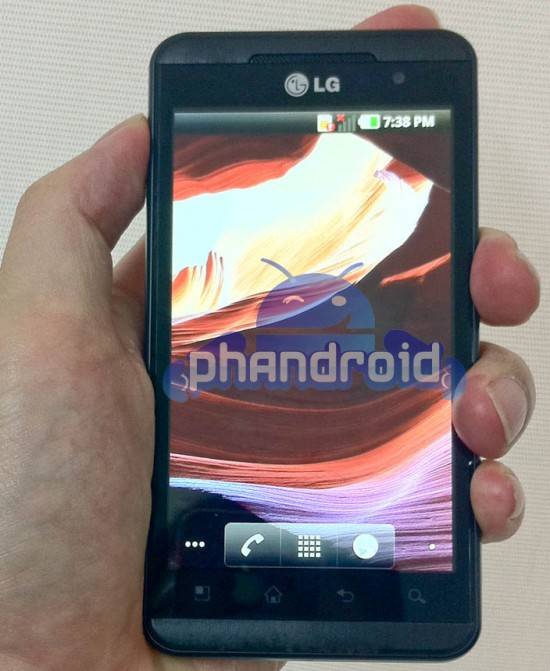 A photo of what’s believed to be the LG Optimus 3D has leaked, though the identity of the mysterious smartphone – or, indeed, it’s expected glasses-free 3D display – have not been confirmed. According to Phandroid‘s tipster the smartphone has a touchscreen larger than 4-inches – likely to be 4.3-inches like the Desire HD – together with a “dual-core processor and multi-channel RAM.”

Given the Optimus 2X runs on NVIDIA’s Tegra 2, it doesn’t seem too unlikely that LG would have picked the same chip for the Optimus 3D; still, we’ll have to wait until the expected debut at MWC 2011 to find out for sure. Android Community will be at the Barcelona show bringing back all the details!