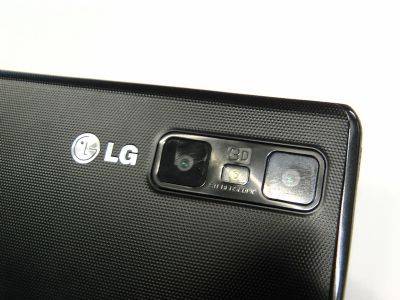 LG has a huge push lined up for Mobile World Congress 2012 with multiple phones. We haven’t seen much from them in the tablet market unless the new Optimus Vu 5″ Phablet counts though. While we expect to see everything from LG at MWC next week apparently the lucky folks from Telefonino.net got an early look of the entire lineup.

We have covered all of these devices and their official announcements right from LG so they are nothing new. However, this is some of the first pictures of them out in the wild. Once Android Community makes the 15 hour flight to Spain on Saturday we’ll bring you live coverage ourselves with hands-on and in-depth looks at all of these phones.

The image above is the new LG L7 Android 4.0 Ice Cream Sandwich phone that will be completing the new LG L series along with the L3, and the L5. With a 4″ screen and Android 4.0 ICS it looks pretty sharp although is more of a mid-high range device with only a 5 megapixel camera. We have full details on all the devices from our links below.

Next up the guys from Telefonino show off the LG Optimus 4X quad-core phone headed for T-Mobile, the Optimus 3D Cube successor to the original Optimus 3D, and the new LG Optimus Vu 5″ square and ugly phone/tablet hybrid. Lucky for them they were able to get in early or snap some hands-on before the event officially kicks off. Nothing is in English or we’d all more videos for you. Hit the link below and check out the rest if you are interested. Remember to stay tuned to Android Community for our own hands-on and impressions soon at our MWC 2012 Portal.