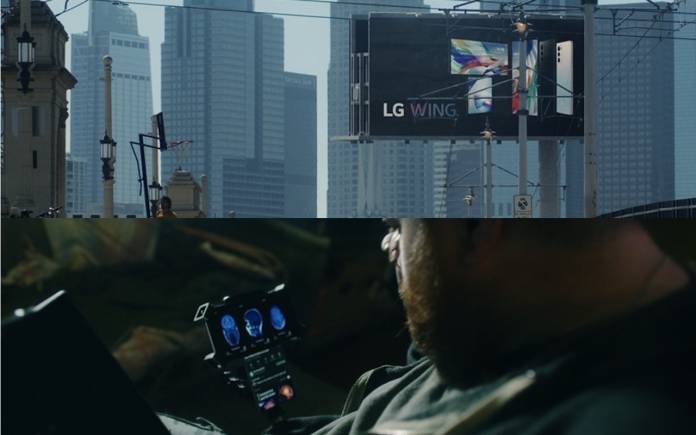 The LG Wing is no doubt one revolutionary smartphone. We are not sure though how most of the consumers will respond to the product but we know there are those who like LG’s first Explorer Project device. The output is a mobile device that features two displays. One swivels to reveal the secondary screen that can be used for other apps, tasks, and functions. It is very interesting that renowned director Michael Bay took notice of the smartphone. His upcoming movie “Songbird” is said to have featured the LG Wing in one scene.

It’s not a rumor. LG has officially shared the news in a post in its website. The movie’s trailer has shown the characters using the phone making video calls. The LG Wing is in swivel mode so it’s very obvious that it is indeed an LG Wing.

Michael Bay is the producer of the movie. The director is actually Adam Mason. The movie will star, Demi Moore, KJ App (aka Riverdale’s Archie), and Sofia Carson. It will be released within the year.

The movie is set in the year 2020 where a “pandemic ravages the world and its cities”. It centers on a few characters, showing the obstacles they are going through like “disease, martial law, quarantine, and vigilantes”. Sounds familiar? Yup.

Watch the movie trailer below:

The production company behind this actually teamed up with LG. This is part of LG’s marketing strategy to promote the new LG Wing. In the US, the phone has been introduced but has yet to be released in the market. The phone is also expected to roll out in key markets like Germany, Spain, Italy, and Australia.

We’re very much curious about this movie. Most of us are living it right now.