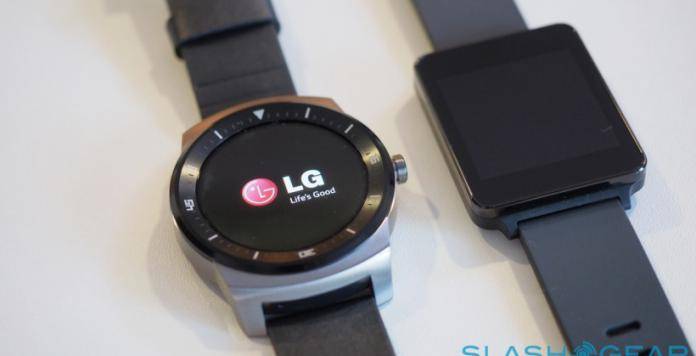 LG is set to introduce a new wearable. This one follows the LG Watch Sport, LG Watch Style, and the LG Watch Urbane. We haven’t heard anything new about an LG wearable until over the weekend when the LG Watch Timepiece was revealed. There is no formal announcement yet but this new LG Watch model will already run Google’s latest wearable platform. Wear is actually just a rebranded Android Wear. This LG Watch Timepiece is said to be a hybrid watch that features both a mechanical clock and display to preview the wearable OS. Simply put, it’s both a digital and analog smartwatch.

We’ve got some details about the LG Watch Timepiece. The phone will arrive with IP68-rating so you know it’s ready for some rough use. The analog part uses quartz movement with physical hands. Without turning on the digital display, you can still know the time like any ordinary watch. The wearable part in Watch Mode promises up to three months on a single full charge of the small 240mAh battery.

The watch features a circular 1.2-inch LCD panel with 360 x 360 pixel resolution, 4GB eMMC storage, Qualcomm 1.1GHz Snapdragon 2100 processor, 768MB LPDDR3 RAM, and a USB Type-C 2.0 port. There’s also Bluetooth 4.2 and Wi-Fi 802.11 b/g/n for wireless connectivity. Unfortunately, it doesn’t offer cellular support or even GPS or NFC. There’s not much to wow those looking for a new and more advanced smartwatch but this one still comes with a nine-axis motion sensor.

The LG Watch Timepiece may be announced today or any day this week with a June market release. Details on availability and pricing are scarce but we can expect a Cloud Silver and Aurora Black version. We’re hoping LG will release the watch in more countries with a price lower than $250 because of the watered-down specs.